Chew Mail Pouch Tobacco – Treat Yourself to the Best

Many years ago we found our first Mail Pouch Tobacco sign on a tobacco warehouse next to the railroad tracks in Edgerton, Wisconsin. It was a sign in very good shape, but it was on a warehouse which was not as picturesque as the barns we had seen paintings of, so we decided to look for some barns with the same logo. 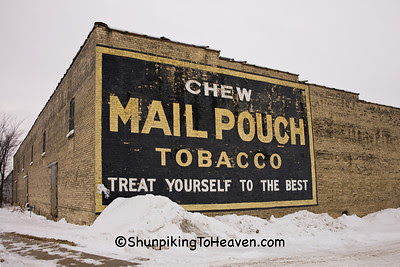 Our first trip to look for Mail Pouch barns was in 2001 to Indiana. I had gotten a textual list of where these barns were located in Indiana and had marked them on our Indiana gazetteer. There were no accompanying photographs so there was no way of knowing what condition the barns were in. Unfortunately, we were sadly disappointed. We drove up and down the roads where the barns were supposed to be, and only managed to find one Mail Pouch barn, with a sign that was all but faded away. You had to stand in exactly the right spot in order to see the faded Mail Pouch wording on the barn. We took photos, but they were nothing to write home about. 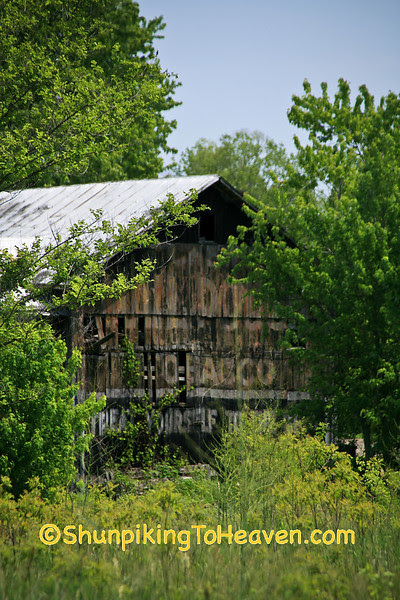 Since that time, the Internet has improved to the point of being able to find photographs of almost anything, so I can now see the condition of a barn before we travel long distances to hunt it up.

The home of Bloch Brothers, who were the original sellers of Mail Pouch Tobacco, was in Wheeling, West Virginia. Beginning in the late 1800s, they hired barn painters to travel the countryside and contract with barn owners to display the Mail Pouch Tobacco ad on the sides of their barns. These barn painters didn’t paint the entire barn. They only painted the side or sides of the barn that displayed the ad. 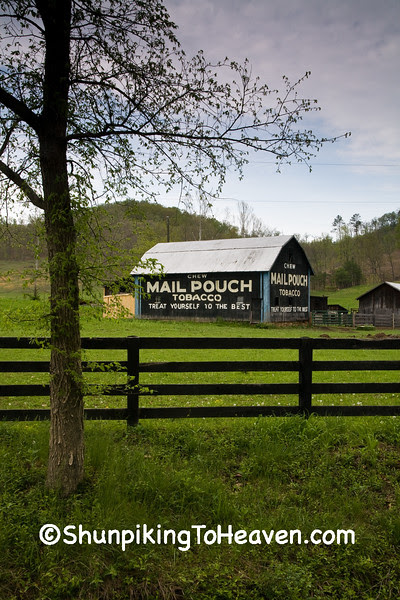 Mail Pouch Tobacco signs were painted on barns until 1965 when the Highway Beautification Act was passed which attempted to preserve the scenic beauty of the highways. At that time, all but one of the Mail Pouch barn painters was laid off. The last barn painter, Harley E. Warrick, continued to paint the barns on secondary roads that were not covered by the legislation. 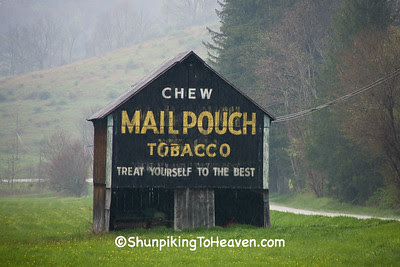 In 1974, after much debate, the Highway Beautification Act was amended to accept some types of outdoor advertising including those painted on the sides of barns because they had become part of the American folk heritage. 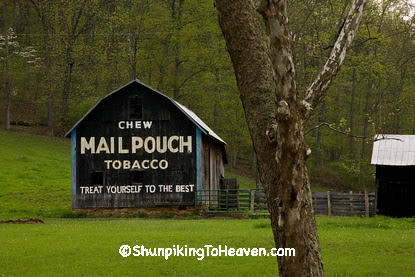 This spring, we took a trip to southeast Ohio to find some Mail Pouch barns. Our path took us close to Wheeling, West Virginia, and the barns were plentiful. It was a joy to turn a corner on the highway and see the Mail Pouch wording on a barn in the distance. 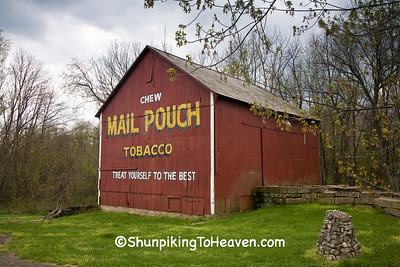 As time marches on, these barns are fading and falling or being lost to development. Luckily, you can still find them in many states, so if you’re out driving the secondary highways, keep your eyes open and you might find advertising on the side of a barn. If you’re lucky enough, it might be an ad for Mail Pouch Tobacco. 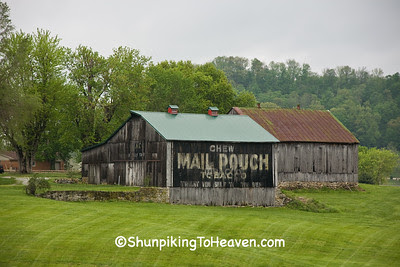