Growing up, the fences we were familiar with were barbed wire and electric. They were made to keep the cattle inside, and there was nothing aesthetic about them. We still see those barbed wire fences as we drive around, but now we’re looking for a way to turn them into a good picture. The flowers next to the fence below, definitely improved this functional fence. 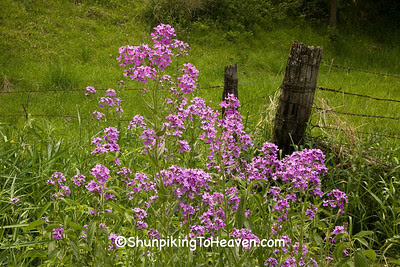 When we were young we also had snow fences on the farm, made to keep the snow from drifting too badly in certain spots. They were put up every fall after the crops were harvested and didn’t come down until planting time the following spring. We still see snow fences as we travel the backroads today, but often it is an ugly bright orange plastic mesh. Sometimes, though, we can find the old-fashioned wooden type that we remember from our youth. 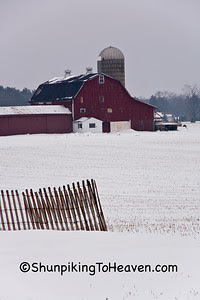 When we’re on the backroads and we hunt up rural cemeteries, my favorites are those that are surrounded by old wrought iron fences. Times were hard in the early days of this country, but it’s interesting to see the care people took in honoring their dead with fences built around the cemeteries where their loved ones were buried. At Antioch Church and Cemetery in Iowa, the church sat at the top of a hill and the fence followed the line of the hill down along the front of the church and past the cemetery. We spent a lot of time at the church viewing it from every angle and taking a lot of photographs. Several times we started to drive away only to find another angle and stop for more photos. 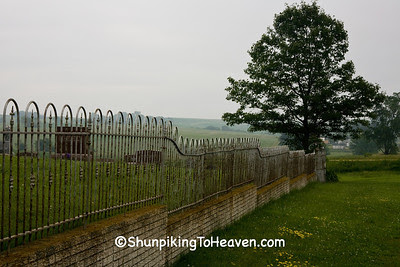 Sometimes the cemeteries we find are surrounded by stone fences, and we marvel at the time spent to lay the stone. Often these cemeteries were built in farming communities, and the local farmers would have had to do this labor after their farming chores were done. 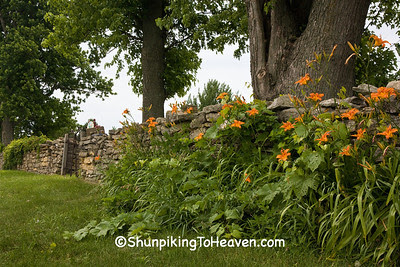 Some of the fences we come across are small decorative fences like this one we found last fall with a line of pumpkins in front of it. The orange of the pumpkins against the gray wood of the fence was a nice contrast with the brick walkways. You know we had to stop and take a few photographs. 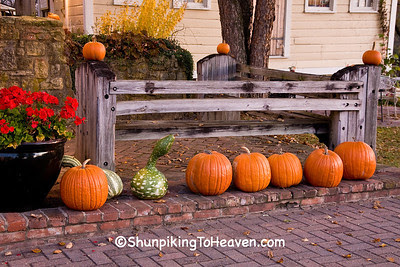 And once in a while we’re lucky enough to stumble on a whimsical fence made by someone with a love of the subject of their fence. In southern Wisconsin one morning, we came down a road and saw this fence made of old bicycles. 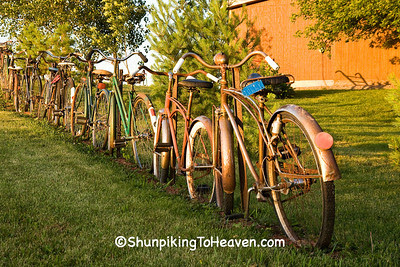 But one of our most interesting fences was found just this September on our rainy trip to northern Wisconsin. In the pouring rain we visited a barn with a cobblestone fence along the perimeter of the property. As we stood under our umbrellas so Joann could photograph, we still took the time to marvel at the construction. 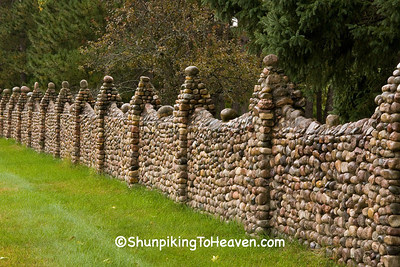 We walked around the barn and brick silo photographing the fence from several angles. This is one fence we’ll go back to revisit in the future. Now that we’ve found it, we’ll make a point of returning whenever we find ourselves in the area. 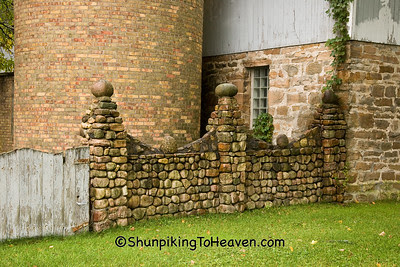 When you’re out on the backroads, watch the roadsides for different types of fences and see how many you can find.