Over twelve years ago, on a three-day photography adventure to Minnesota, we stopped on a country backroad in the middle of the afternoon to photograph an abandoned farmhouse. 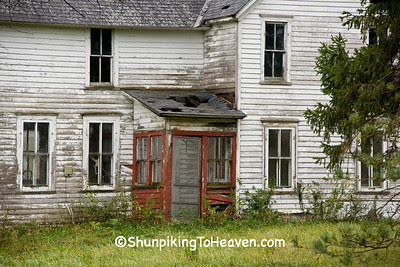 As we were enjoying the craftsmanship of the house (and the silly horses that were in the pasture surrounding the house), the owner came by and we had a nice conversation. And, as is often the case on these backroad adventures, one thing led to another. She suggested we follow her back to the farm so that her husband could give us directions to a couple of other things we might enjoy photographing. (There is a story to this stop in itself, but we will save that for another day). 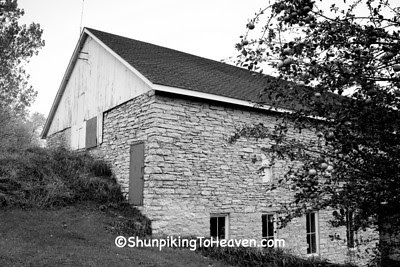 He asked us if we had ever seen a drive-through barn. We didn’t know what that meant exactly, but we figured we’d better check it out. When we located the barn, we saw that the driveway went through the middle of the barn. And there was no other way to reach the house, but to drive through the barn. How cool is that?! Unfortunately, by the time we reached the barn, the sun was setting and the lighting wasn’t good, so I snapped a couple of pictures and we headed on our way. 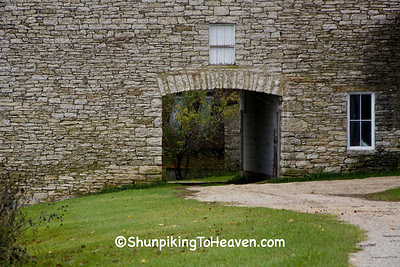 In October 2009, we returned to Minnesota and hunted up this barn again. This time, we were there early in the morning and the lighting was better. Having known about this barn only through the kindness of that farm couple in 1997, we didn’t have any information about it. I walked up the hill to the end of the driveway to write down the owners' names and address, which was on the mailbox, so that we could contact them. Along with their names is a sign that says, “Visitors welcome.” That’s the good news. The bad news is that it was 7:45 on a Sunday morning. 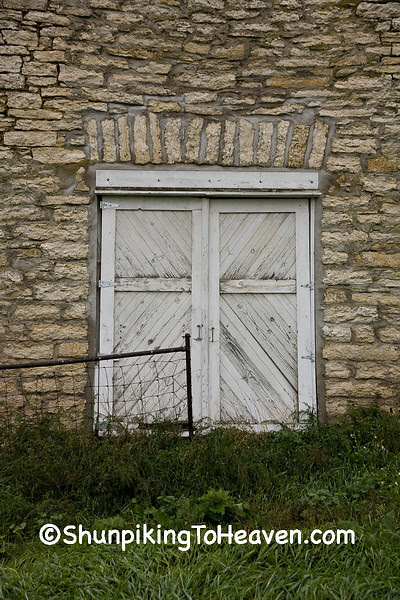 So I walked back down the hill to the car and, as I was putting my camera equipment into the car, I noticed that a little dog had just come running through the center of the barn. And then the owners got in their pickup and drove out of their driveway. I flagged them down and asked them if they had a minute to tell me about their barn. They said they were on their way to a reunion breakfast, but they had a couple of minutes. And they wanted us to “experience” the barn. They told us to drive through the center and up to the house. We did just that and it was an experience to remember, especially what happened next. 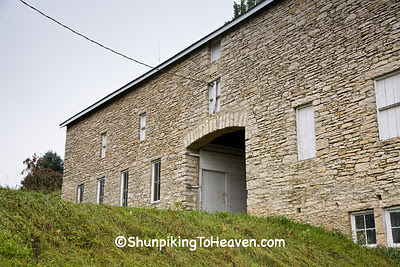 They told us about the barn, gave us a type-written history complete with old-time photographs, and then gave us a quick tour. Gary said, “We need to get going, but I want to show you something before we go.” Then he took me inside the north half of the barn. On the north wall was a large wooden door. Knowing that this barn was set into the hillside, I was trying to figure out where that door would go. When he opened it, I was delighted to see a beautifully crafted stone root cellar that had been built under the hay ramp to the upper floor. 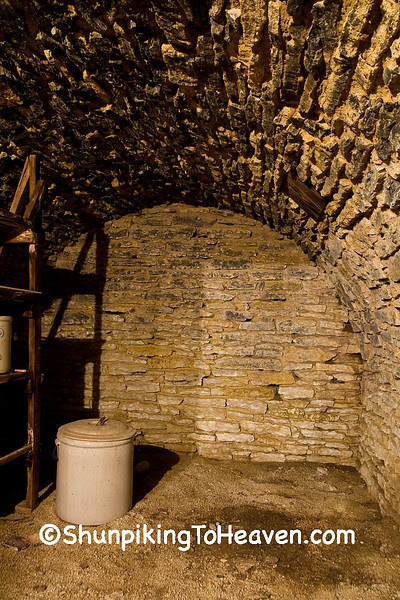 I asked if I could take a picture of it before they left and he said, “Stay as long as you like and take as many pictures as you want.” Then Deb said, “Just make sure Ralph is in the driveway when you leave. If you’re not careful, he’ll end up in the back of your car.” 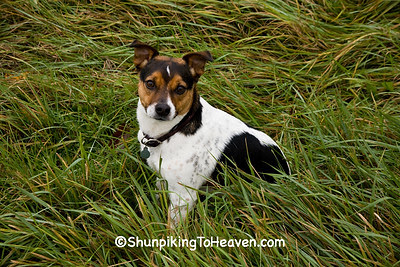 We stood there in awe as they drove away. What a blessing to have someone place total trust in you after talking with you for only a few minutes. We stayed for an hour and a half, soaking in the grandeur of this magnificent stone barn and playing with Ralph, who kept jumping into Ruth’s arms. He had a mischievous spirit and ran like the devil when we tossed some fallen apples for him to chase. And, yes, he did slip into the back seat of the car when we attempted to leave. 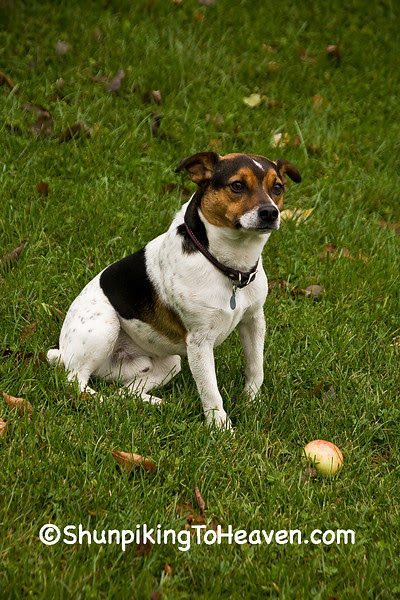 Only a few days ago, I took the time to read through the historical information Gary and Deb shared with us. The barn was built by stone mason Thomas Ferguson, who came to America from Scotland in 1869. He and his wife, Jeannie, had seven children, and the family worked on the stone barn and house when Tom wasn’t busy putting his talents to work on other projects. Tom built numerous other buildings in the area, including four homes, a church, a town hall, a school, and many barn first floors. 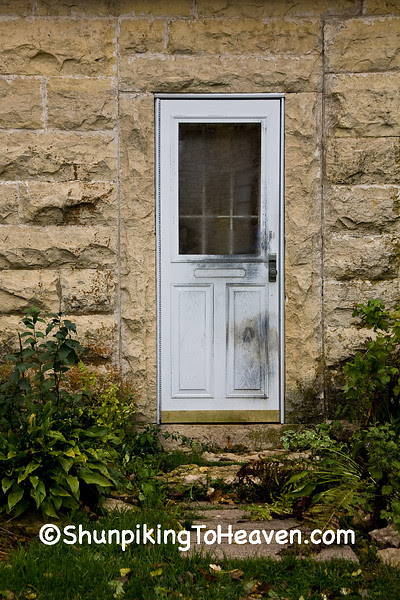 The barn and outbuildings were built from stone that was quarried on the farm. The north half of the barn has two stories and was built in the 1880’s. The second story was used for storing grain and hay from the nearly 500-acre farm. The south half of the barn was completed in 1912. It is three stories and is connected to the north half by an archway, which is driven through to reach the house. Near the archway inside this section of the barn stands a stone silo. 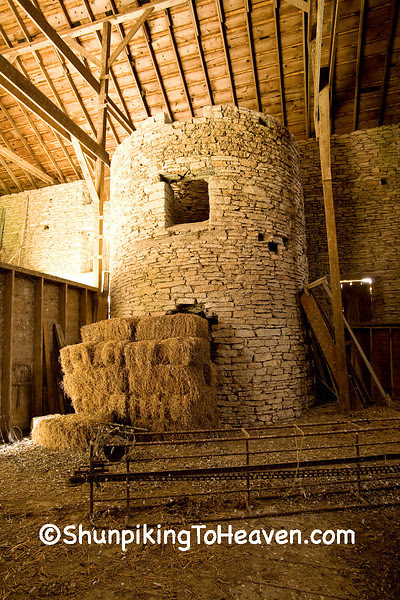