My plan for the first day of our 2015 spring photography trip was to be in Galena, Illinois, at dawn. We’ve told you about eating out of the cooler but never about what it takes to get that all ready. When we have pasta, potato, or fruit salads, those are not store-bought. Everything is made or prepped by one of us, including our snacks.

So, the night before we were to leave, Joann called and said maybe we should leave home around dawn rather than try to be somewhere more than an hour and a half away at first light. That worked for me because we were both exhausted from packing and preparation. I crossed Galena off my plans, so the first thing we captured after entering Illinois was this wonderful old lumber yard building. 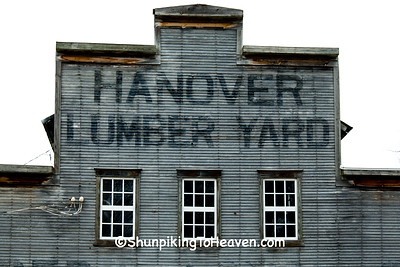 So often, especially on these long trips, we leave very early and drive for long distances in the dark. On this day, we had an opportunity to see things and photograph things we normally do not.

Sometimes, a day of photography has a theme. We’ll get in an area and almost every stop is a church and cemetery, or maybe it’s a day of almost all schools. On the morning of this trip, we ended up being foiled by a train. I had no idea it was going to be a theme for the trip! 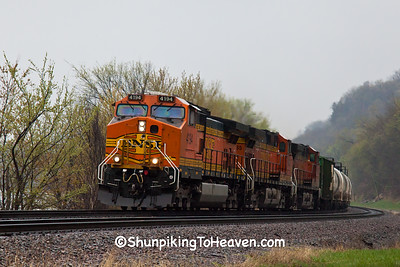 We passed this BNSF train coming down the tracks as we approached Savanna, Illinois. Our plans were to capture the old Savanna-Sabula Bridge. When we saw the bridge from a good location, Joann pulled onto the shoulder and parked. She got her equipment out and snapped a photo of the train coming down the tracks. It seemed to be traveling slower than normal and we figured that was because it was nearing town. But it continued slowing down until it was idling on the tracks, blocking our perfect view of the bridge before Joann could get any shots. Curses, foiled!

We didn’t want to pass up the opportunity to photograph this historic bridge, so we waited a very long time until the train finally moved on. 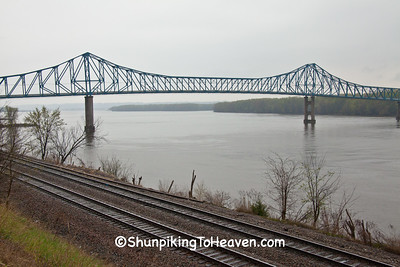 The rest of the first day was filled with a variety of subjects, including the historic Ryan Round Barn in Henry County, Illinois. Today, it sits in the Johnson-Sauk Trail State Park. It was built in 1910 for Dr. Laurence Ryan, a world-renowned brain surgeon in Chicago, for his Black Angus show cattle. It has been on the National Register of Historic Places since 1974. 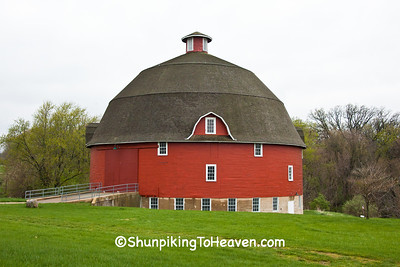 We started Day Two in Burlington, Iowa, and we managed to get through the whole morning without running into any trains. We heard them around town, but the closest we came was this BNSF Lift Bridge over the Mississippi River. When river traffic needs to pass, trains are paused on the tracks while one section (or span) of the bridge is raised using towers and counterweights (almost like an elevator) to make room for the river traffic to pass under it.

We photographed many locations downtown, including the beautifully restored
Capitol Theater. This 1937 Art Deco theater opened on July 1, 1937 during the Great Depression, offering hope to the people of Burlington. Movie admission was 36 cents for adults and 10 cents for children. After nearly 40 years, the theater closed in 1977. Fortunately, it survived demolition for the next 35 years, re-opening in 2012 as a movie and live performance theater after a major renovation project was completed. It is on the National Register of Historic Places. 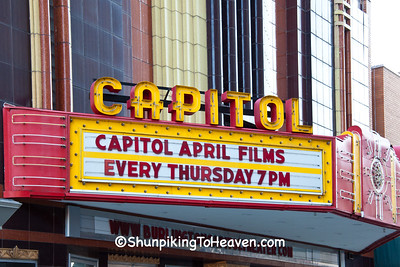 As we finished up in Burlington, I decided our best bet was to just cruise a short distance down the highway to Fort Madison. Our plans for the day were huge, and we had to keep moving. We came down the highway from the north, and almost everything I knew about was in downtown, which runs along the river.

And this is where the foiling really began. One of the first things Joann attempted to photograph was Old Fort Madison from across the railroad tracks so that she could capture all the buildings that make up the fort. Just as she was lining up her shot, a train came down the tracks and stopped, blocking our view of the fort. Curses, foiled again! 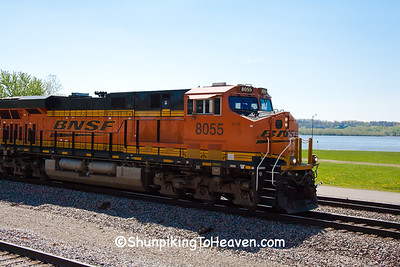 Luckily, the historic downtown, which is on the side of the tracks away from the river, had quite a few things for us to photograph, so we began searching for those subjects. We captured photos of an old bank, a historic jail, some vintage signs, a carriage house, a prayer chapel, and a couple of brick summer kitchens. (A summer kitchen, for those who don’t know, is a small building separate from the main house where cooking and canning could be done in the summer months to avoid heating up the main house.)

All the while, though, we kept circling around checking to see if we could get to those things on the side of the railroad tracks by the river. Here’s a photo of one of the brick summer kitchens. 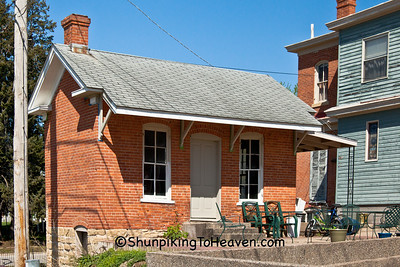 Finally, the train tracks were empty and there was a clear view of Old Fort Madison. Historic Old Fort Madison was the first U.S. military outpost in the upper Mississippi region. From 1808 to 1813, the fort acted as a trading post between the US Army and Native Americans. It was the site of Chief Blackhawk's first battle against U.S. troops, making it the only real War of 1812 battlefield located in the state of Iowa and the first U.S. military cemetery in the upper Midwest. This replica of the original fort was built a few blocks away from the original site and serves as a museum.

And at long last, we were able to cross the tracks to get some pictures of the Fort Madison Toll Bridge over the Mississippi. Built in 1927, this toll double-decker through truss swing bridge is also known as the Santa Fe Swing Span Bridge. It carries the Great River Road traffic over the Mississippi River, with road traffic occupying the upper deck and rail traffic on the lower deck. Unlike a lift bridge, a swing bridge has a section (or span) that rotates, usually 90 degrees, to allow river traffic to pass by. 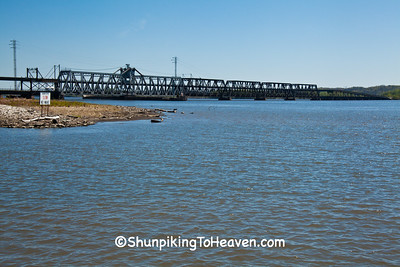 This historic bridge is currently owned by BNSF Railway and Amtrak’s Southwest Chief also uses the bridge. River traffic has the right of way, so the 525-foot swing span opens about 2,000 times annually for 15-20 minutes at a time for river traffic. And I’ll bet you can guess what happened next. A train came barreling across the bridge, stopping on the tracks in front of the park, which blocked our exit. Curses, foiled by a train for a third time.

Little did I know at that time, about 100 trains pass through Fort Madison on any given day. And they idle on the tracks sometimes before crossing the toll bridge and sometimes after. It’s no wonder trains kept foiling us. As soon as we could get out of the park, we got in line to cross the bridge and continue on our way. Luckily, as we traveled away from the Mississippi River, we managed to avoid train issues for the rest of the trip.

A Horse is a Horse

When we were kids, there was a sitcom on TV about a talking horse named Mister Ed. The show, appropriately called “Mister Ed,” aired from 1961 to 1966. There was a total of 143 episodes, all filmed in black and white. Mister Ed was owned by mild-mannered Wilbur Post, who was always in trouble due to Mister Ed’s shenanigans. 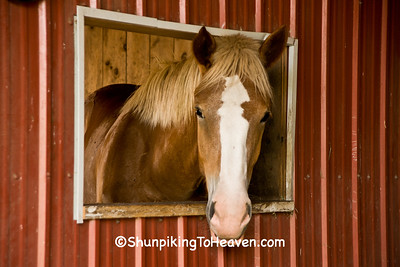 The show always started with Mister Ed whinnying, then pushing open the barn doors and looking out at the audience as he said in his deep voice, “Hello! I’m Mister Ed!” And then as the theme music started to play, two big horseshoes appeared superimposed over Mister Ed and, as they clinked together, they turned into the letters “ED” with the word “MISTER” above them.

The theme song was written by Jay Livingston and Ray Evans, with Livingston doing the singing. It went like this: 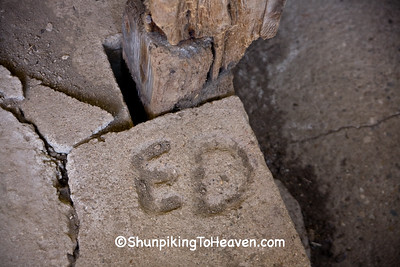 Every episode had Mister Ed doing some very silly things, like talking on the telephone. Wilbur was an architect who had his office in the barn. In one episode, Mister Ed is alone in his stall when Wilbur’s phone starts ringing, so he picks it up.

Voice: Hello, I’d like to make a reservation. Is this Trans Continental Airlines?

Mister Ed: No, lady, this is the Pony Express!

In another episode, Wilbur moves the telephone away from Mister Ed.

Wilbur: You phoned the feed store again, didn’t you, Ed? I thought I told you that I was the one to give the orders around here. Ya know, that’s the fourth load of hay we’ve had delivered this week.

Wilbur: How come other horses don’t eat as much as you do?

Mister Ed: ‘Cause they can’t phone the feed store. 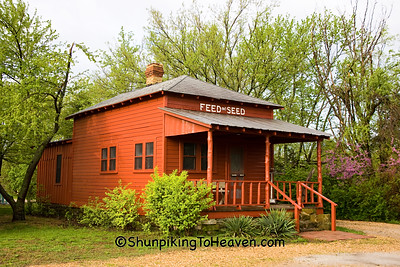 The show was sponsored from 1961 to 1963 by the Studebaker Corporation and the show often featured Studebaker cars. Despite the exposure they got by sponsoring this sitcom, their sales dropped dramatically in 1961. They never recovered and U.S. production of the Studebaker was ended in December 1963. 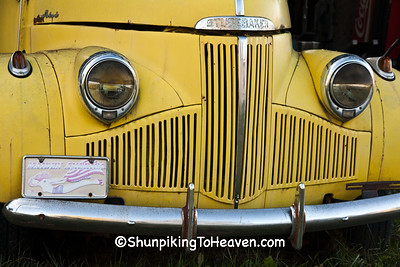 Allan “Rocky” Lane, a former B-movie cowboy star, provided the voice for this funny, talking horse. Mister Ed was a palomino whose real name was Bamboo Harvester. He had a stunt double named Pumpkin who later appeared in the sitcom “Green Acres.” Bamboo Harvester (Mister Ed) died in 1970. He was about 20 years old. He is buried at Snodgrass Farm in Oklahoma.