This year for our annual photography trip, we will be returning to Kentucky, the Bluegrass State. As we plan for this trip, we are reminded of a couple of funny incidents from our first trip there in 2006.

On our first night there, we stayed in Louisville. As we were checking in at the motel front desk, we got into a conversation with a man who told us that we should be sure to pick up some Horse Piss Beer. We thought he was joking, but he insisted he wasn’t. 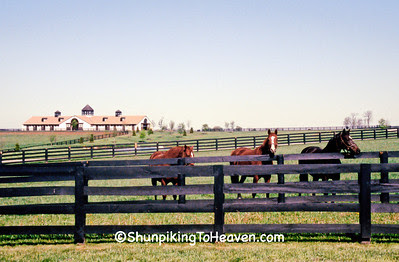 The next day, we headed to Shelbyville to spend the day with our friend, Stevie. For lunch, she took us to Claudia Sanders Dinner House, a restaurant started by Colonel Harland Sanders and his wife, Claudia, of Kentucky Fried Chicken fame. 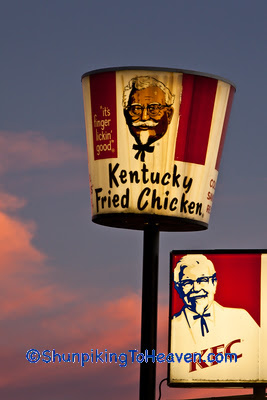 As we reviewed the menu, I noticed several meals that featured Kentucky Country Ham. So I asked Stevie what Country Ham was. Instead of answering my question, she responded with, “I think ALL Country Ham should be buried!” Then she told me that I couldn’t leave Kentucky without trying a Kentucky Hot Brown, which was described as “Layers of Baked Kentucky Country Ham and Sliced Roasted Turkey Breast on Toast Points, Smothered with Our Special Cheese Sauce, Broiled Golden Brown and Topped With Tomatoes.” I did try it, but it was a bit salty for my taste buds. While we waited for our lunch, we told Stevie about the Horse Piss Beer. She laughed hysterically and said, “There’s no such thing. That guy was pulling your leg.” We told her we were going to find some and prove her wrong. Again, she laughed.

The next day, we arose early and spent the morning photographing in horse country. We loved the rolling horse farms and the dry stone fences, built with local limestone and without mortar. 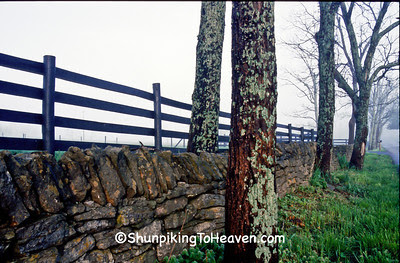 We spent the next several days driving the backroads of Kentucky and having a great time. We even dipped into Tennessee to capture an old mill. Then we started working our way north. We had decided not to pick up the Horse Piss Beer until we were nearly done with our trip so that we wouldn’t have to haul it around and risk breaking the bottles. But when we tried to find some on the way north, we had a hard time even finding a liquor store, much less the Horse Piss Beer. As it turns out, even though Kentucky produces 95% of all bourbon, many of the counties in Kentucky are dry. 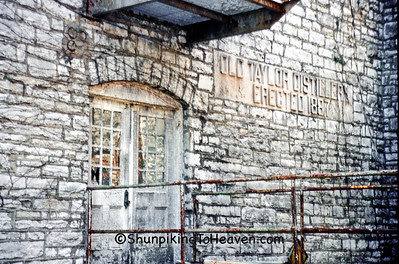 We really wanted to prove to Stevie that Horse Piss Beer did, in fact, exist, so I stayed up until after midnight on our last night in Kentucky, searching the Internet for a liquor store that carried Horse Piss Beer. I found two possible locations, so our mission the next morning was to drive back to Louisville (an hour in the wrong direction) just to find some Horse Piss Beer. We called the liquor store before making the trip and they assured us that they had what we were looking for. 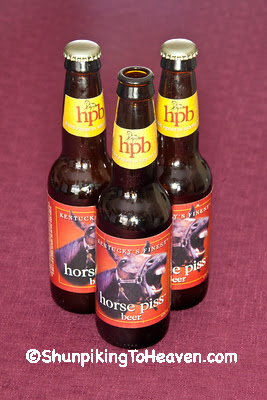 So we picked up three 4-packs of Horse Piss Beer and I bought a souvenir baseball cap that said, “Talk Derby to Me.” Then we headed towards Stevie’s house. When we got there, I put on my Derby cap, grabbed one of the 4-packs and rang the doorbell. When Stevie answered the door, I held up the Horse Piss Beer and asked, “Did somebody order beer here?” She took one look and just started to giggle. She said that Ben (her partner) had insisted there was no such thing, so she couldn’t wait until he got home. 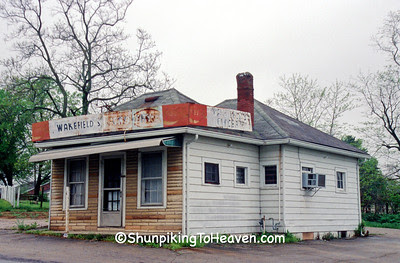 I told her to enjoy the beer and we bid goodbye to Stevie and Shelbyville; then headed north to begin the long journey home. We have fond memories of our Kentucky adventures and can’t wait to go back.

It’s been a long, brutally cold winter here in Wisconsin and in many other parts of the country. Ruth and I are usually winter enthusiasts but, we have to admit, we had lost our enthusiasm for this particular winter by the end of January. Even though there was good snow cover much of the winter, it was just too cold to be out there photographing. 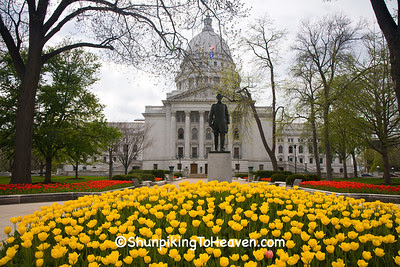 But hope springs eternal and, yesterday, Mother Nature presented us with a gift of 57-degree weather. It was only a one-day tease, mind you, but much appreciated just the same. 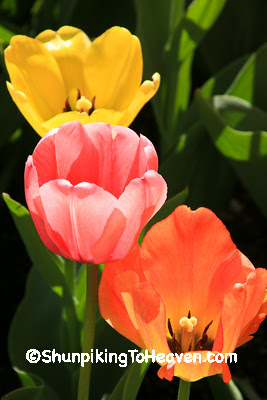 As this long winter draws to a close, the wait is almost over for the return of spring flowers. One of the most enjoyable flower-viewing experiences here in Madison is a visit to the Capitol Square when the tulips are in bloom. Each time I’ve gone to photograph the tulips at the Capitol, the colors are different than the previous time. However, one display that seems to remain the same is the star formed by yellow and red tulips. 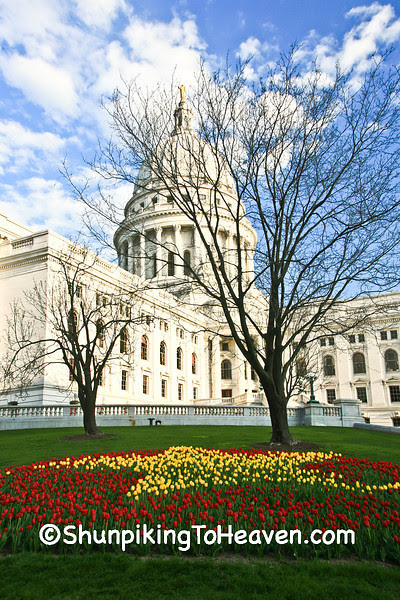 I feel privileged to live and work in the Madison area because there is so much to see and do…and photograph!