How did a young woman born in Virginia become a Confederate spy in the Civil War at the tender age of 17? And how did she end up buried in a cemetery in Wisconsin? After visiting her grave in October 2014, we knew we had to find out. 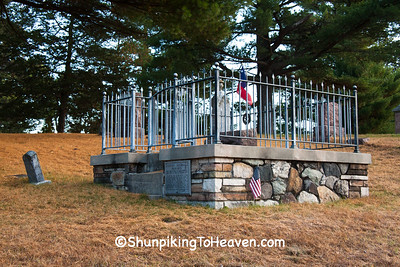 Maria Isabella "Belle" Boyd was born on May 9, 1844 in Martinsburg, Virginia (now West Virginia) in the Shenandoah Valley. She was a tomboy in her early years, climbing trees, running through the woods, and riding her horse. She was the oldest child and dominated her younger siblings. At age 12 she was sent to Baltimore’s Mount Washington Female College. She graduated at age 16 and returned to Martinsburg. 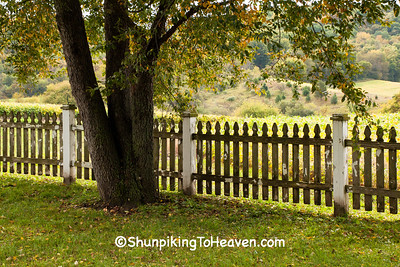 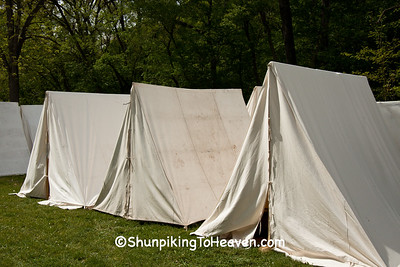 Belle started out as an informal spy. She flirted with Union officers, garnering information and writing it in letters which she delivered to the Confederate side with the help of her slave or a young neighbor. When one of her deliveries was intercepted, she got off with a warning because she was so young.

After this, she decided to make her work more official and became a courier, delivering information and medical supplies. By the time she was 18, she was somewhat of a celebrity and was known by several names including “Cleopatra of the Secession,” “La Belle Rebelle," the “Siren of the Shenandoah" and the “Rebel Joan of Arc." This celebrity soon led to her first arrest. She was only held for a week, and immediately upon her release she returned to her work.

On one occasion while she and her mother were staying at a hotel in Virginia, she eavesdropped (through a keyhole or knothole) on Union soldiers in the room next door and delivered the information to Confederate officers. She is said to have received a personal note from Stonewall Jackson thanking her for her immense service.

During the war, she was arrested six times, imprisoned three times, and exiled twice. In 1862, a warrant was issued for her arrest. She was captured and taken to Old Capitol Prison. While there, she continued her exploits. She waved Confederate flags from her window, sang Rebel songs, and sewed messages with information she gleaned from the guards into rubber balls which she tossed out the window.

Belle lived for a time in England where she wrote her life story in a book she titled “Belle Boyd in Camp and Prison.” She was married three times, two of those to ex-Union officers. In late 1866, she returned to the United States after President Andrew Johnson’s amnesty proclamation. Needing to support her family, Belle took to the stage, giving lectures and performing her own story. On June 11, 1900, she was on tour in Kilbourn, Wisconsin (now Wisconsin Dells), when she had a massive heart attack and died. She was 56. 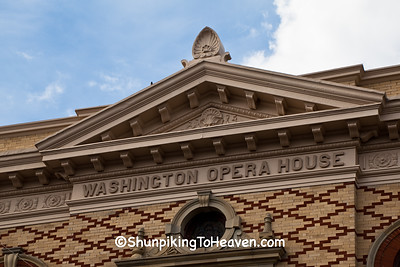 She was buried in Spring Grove Cemetery and, for a time, her grave had just a simple marker until an anonymous southern man donated a gravestone which reads “BELLE BOYD, CONFEDERATE SPY, BORN IN VIRGINIA, DIED IN WISCONSIN, ERECTED BY A COMRADE.” 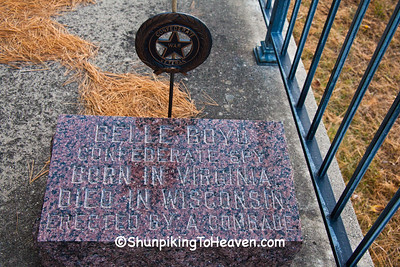 Apparently, at one point, some Virginians decided it would be a good idea to remove her remains from Wisconsin and move them to Virginia. To prevent that, a concrete cap was placed over the grave. Stones from every state of the old Confederacy were embedded in the cap. Before the cap was placed, soil from Virginia was sprinkled over the grave by the Daughters of the Confederacy.

I must admit, every source I consulted in my research gave mostly the same story, but small details were different in each. I also had many questions for which I found no answers. For instance, I couldn’t find out what happened to her third husband or her children. And, for whatever reason, she was buried in Wisconsin where she died. Visit her grave if you have the chance. It’s an interesting piece of history!