With all the Christmas deliveries going on right now, it reminded me of something that happened on a trip to North Carolina eight years ago. From 2004 to 2008, the FedEx slogan was “Relax, It’s FedEx.” But on April 23, 2010, a strange encounter with a FedEx man in the unincorporated town of Plumtree, North Carolina had me anything but relaxed. We had come to photograph what was left of the old C. W. Burleson General Store. 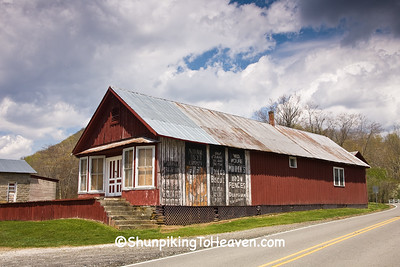 What was of particular interest to us was a set of fading advertising panels on the side of the store. Three of them featured National Biscuit Company (Nabisco) products: graham crackers, ZuZu Ginger Snaps, and Uneeda Biscuit (a type of cracker). The fourth panel featured monuments, iron fences, and a taxi service. You can learn more about Nabisco’s Uneeda Biscuit from a post I wrote shortly after we returned from that trip. 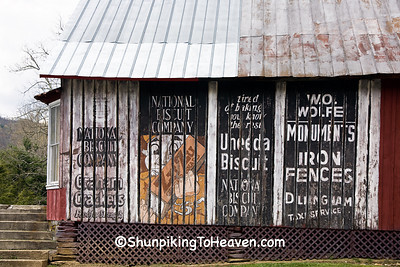 As I stood at the edge of the highway with my camera on my tripod, admiring this wonderfully nostalgic building and sign, a FedEx truck blew past me. Just past the Burleson Store, there is a side road appropriately named Burleson Road. The FedEx truck turned onto Burleson Road, but stopped immediately after turning. I could see that the driver was sitting there looking at me and I wasn’t sure why. He continued to stare at me as I tried to keep my mind on my photographing. But I began to wonder if I was being stalked by a FedEx driver. 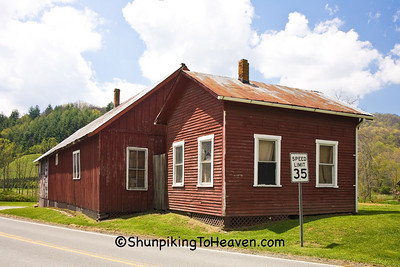 Charles Wesley Burleson was a well-respected businessman and the first Postmaster of Plumtree. He was born in 1844 and married Olive Sophia English in 1869. They had eight children. The two youngest, Henry and Frank, took over the store operations from their father and ran the store for many years. Henry graduated from North Carolina State University, with a degree in electrical engineering. His first project was to install electric lights at the store.

Oh, how we wish we could have seen this store in its heyday in the late 1800s and early 1900s. As with most general stores, the local folks would buy their necessities there, such as food, clothing, and farm tools. This store, however, was much larger than most general stores. Kay Burleson Wilkins, daughter of store owner Henry Burleson, once said that today the Burleson general store “would be called a shopping center.” 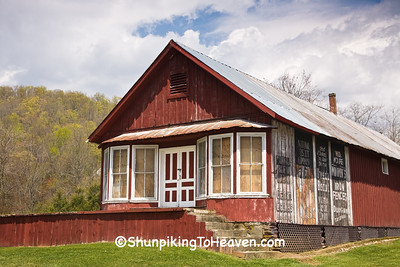 Just to give you an idea of how large this store complex was, there were two connected store buildings. The one we have photos of was the smaller of the two. Next to it there used to be a large white store building and connected to that was a concrete cold storage building (which was still standing when we were there, but is now gone). These buildings were used in the filming of the 1989 movie “Winter People” starring Kurt Russell and Kelly McGillis. It was also immortalized in both words and illustrations in a children’s book by Gloria Houston entitled “Littlejim’s Gift.” 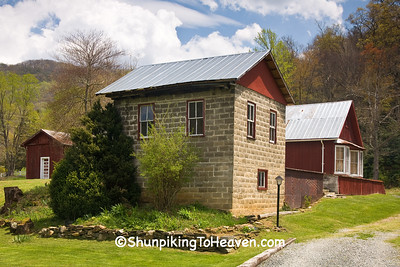 So, what happened with the FedEx driver? Well, oddly enough, after watching me for a while, he backed up onto the highway again and drove toward me, stopping right next to me. He stuck his head out the window and said, “Are you Cotton Ketchie?” These words were unfamiliar to me, so I said, “Pardon me?” He repeated himself. When he saw that I was still confused, he explained that Cotton Ketchie was a North Carolina artist. He had heard on the radio that Cotton Ketchie often went out and took photos that were then used as a basis for paintings. I assured him that I was definitely not Cotton Ketchie and he told me to have a nice day as he drove away. 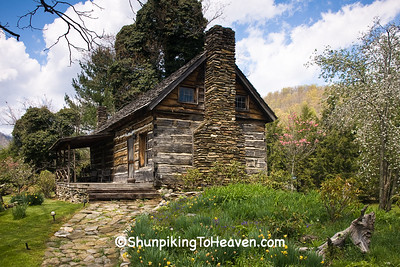 We finished our visit by photographing the Wilkins Cabin, which was down the gravel road from the store. I believe it was owned at the time by Kay Burleson Wilkins and had been in her family since the mid-1800s. Kay died in 2014 at the age of 94.

Oh, one more thing, which I learned after we returned from our trip and I had time to do a little research: Cotton Ketchie is a man!

Illinois has had three capital cities during its statehood. The first was Kaskaskia, the second was Vandalia, and the third is Springfield which remains the capital today.

The original city of Kaskaskia has been washed away over the years by the Mississippi River. No trace of the original city remains. The first capitol building in Vandalia burned, but the second still stands and was returned to the county of Fayette and the city of Vandalia. We haven’t managed to visit Vandalia yet, but it is on our list. 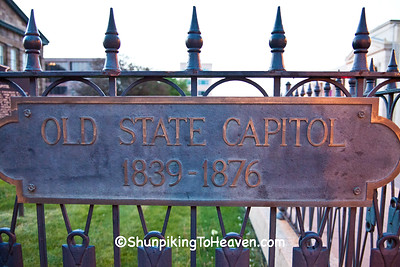 The cornerstone of the first capitol building built in Springfield was laid on July 4th, 1837, and the building was finally finished in 1853 at approximately double the estimated cost. The building is still in use today as a courthouse.

It’s interesting to know that the original northern border of Illinois was a line running east-west along the southern border of Lake Michigan at about 41 degrees, 38 minutes north latitude. This would have placed the current city of Chicago in Wisconsin and not allowed Illinois access to Lake Michigan.

Joann and I usually prefer other routes than through Chicago to get where we’re going. Chicago traffic just makes us crazy! But we did decide to leave, basically in the middle of the night, on a trip in 2010 to be at old Graue Mill at dawn. (Considering that it’s a three-hour trip to the mill, and Joann snapped her first photo at 5:30, we must have left at 2:00!)

The waterwheel at the mill first turned in the summer of 1852 and today is the only operating waterwheel-powered gristmill in the Chicago area. The mill was also a station on the Underground Railroad, harboring slaves in the basement of the mill.

If your image of Illinois is the bustling, congested tollways through Chicago, or the miles and miles of nothingness along the interstates, you should get on some of the state highways and county roads, and drive through some small towns. 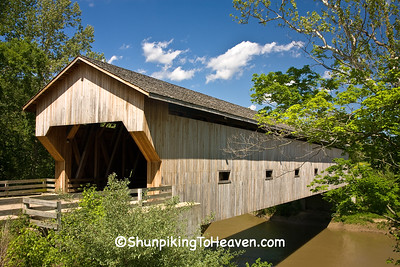 Almost every town we’ve passed through has given us some sort of photo opportunities, whether it be old advertising, abandoned buildings, or small businesses. And you never know what you’ll find. We found this little North Pole building with Santa’s mailbox in April.

If you’re interested in the old highways, Illinois has three of the most famous – Route 66, The National Road (Highway 40), and the Lincoln Highway running across the state. You can also choose The Great River Road which follows the entire state along the Mississippi.

We found the old Hub Theater along the Lincoln Highway in Rochelle. It opened in 1931 and closed its doors in early 2011. After a restoration effort of the historic, 8,000-square-foot movie theater fell through, it was transformed into the Kennay Farms Distillery, with plans to open by the end of 2018. 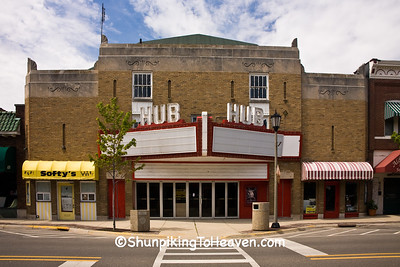 So Happy Birthday Illinois! We hope to do a lot more shunpiking through your state in the future. If you travel through Illinois, do a little shunpiking yourself.