World Water Day is a global awareness day that takes place every year on March 22. It was established in 1993 by the United Nations General Assembly to urge people around the globe to take action to solve the world water crisis. According to the United Nations, “today, there are over 663 million people living without a safe water supply close to home, spending countless hours queuing or trekking to distant sources, and coping with the health impacts of using contaminated water.” 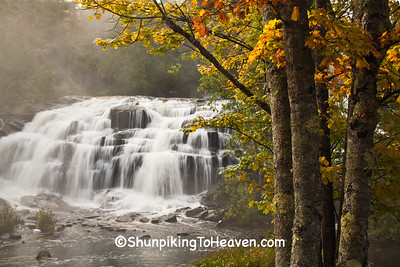 Each year, a theme is designated, such as “Caring for our Water Resources is Everybody's Business,” “Everyone Lives Downstream,” “Coping With Water Scarcity,” and “Clean Water for a Healthy World.” This year’s theme is “Why Wastewater?”. The focus is on reducing and reusing wastewater. The United Nations website suggests that at home, “we can reuse greywater on our gardens and plots. In our cities, we can treat and reuse wastewater for green spaces. In industry and agriculture, we can treat and recycle discharge for things like cooling systems and irrigation.”

Water is essential for sustaining life, quenching our thirst, and protecting our health. It provides us with beauty, serenity, and so many ways of enjoying it. From lakes and rivers for boating and fishing to waterfalls and bubbling brooks for peace, serenity, and natural beauty, to artesian wells for clean, healthy drinking water, please don’t take water for granted. Do what you can to protect and preserve it, for water is life!

Compared to today, the research I had for our 2008 trip to the Ozarks was severely lacking. There were a lot of reasons for this, but we wouldn’t take another trip like this without a lot more research. (In other words, I have a LOT to do!)

I am always interested in the various agricultural crops that are grown around the country. Growing up on a dairy farm, we knew about alfalfa, corn, and oats. Our crops were grown for cattle feed.

Now, traveling around Wisconsin we see wheat, soybeans, tobacco, and even cranberries, but when we travel to other states, we have the opportunity to see other crops.

For instance, I knew that cotton was grown in the south, but I didn’t have any cotton gin buildings marked when we took this first trip to Arkansas. It was just by chance that we stumbled on an old abandoned cotton gin. Joann took as many pictures as she could, but the trees and shrubs growing up around it made it hard to see very much of the building. 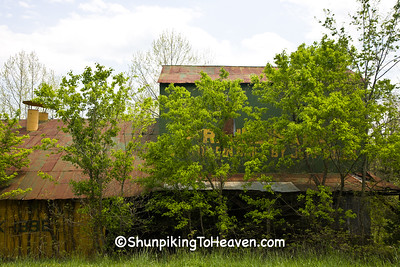 As Joann was processing the photos for this blog, she came across a photo by another photographer showing the gin buildings cleaned up. What a difference it makes! We can only hope the buildings will be maintained (and I can get research done for another trip!).

In 1900, there were 29,214 active cotton gins in the United States. This meant that most small towns in the cotton-growing areas had their own gin. Since cotton was so labor intensive, the gin ran all year long, and was often a gathering spot for cotton farmers. Modern gins run during ginning season only which is about 4 months long. Ginning season is between late summer and late fall, depending on harvest time for the area. 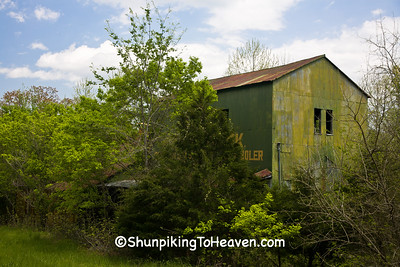 After our trip to Arkansas, we had this old gin building in our collection, but we didn’t find any cotton fields on that trip. Since we usually travel in the spring, which is planting season, we don’t see the finished crops. Our travel wish list contains many places to visit in the late summer/early fall period, but we haven’t managed to make any of those trips yet.

We did, however, find a few cotton plants at the edge of a field in North Carolina in 2010 when we were looking for newly planted tobacco fields. They were a couple of missed plants from the prior year’s harvest, but it did let us get a close-up look at the cotton plant. I’m not sure if we’ll ever manage to visit a state when cotton is blooming or when it is ready to be harvested, but we sure would like to!

In researching our 2016 trip to Ohio, we wanted to spend time at the historic Spring Grove Cemetery and Arboretum in Cincinnati. The normal gate hours are 8:00 A.M. to 6:00 P.M., but we wanted to start photographing at dawn. I communicated with the cemetery office staff, trying to get someone from security to meet us at dawn, but when I hadn’t gotten confirmation before we left home, I decided we had to start the day somewhere else.

The downtown riverfront seemed like a good idea. We had made reservations at a small motel in Indiana, but when we arrived, we found that they didn’t even offer the kind of room we had reserved with them earlier that morning! We ended up crossing over into Kentucky and staying at another motel. In the morning, in the dark, we crossed back into Ohio and made our way to the riverfront.

Joann knows of my weakness for flying pigs (“When Pigs Fly!”), so she made sure to take a picture of the recently installed one-of-a-kind, interactive artwork, lovingly dubbed “the Oinkithopter.” It’s a variation of a large metal bird called “the Ornithopter.” Both were made by Richter, a German toy company. Since it was dawn, there was no one else in the riverfront park, but Joann figured out that you could climb inside the giant pig and then make it move up and down and flap its wings by pulling on the ropes attached to the huge steel wings.

When we finished at the riverfront, there was still time before the gates would open at the cemetery, so I set the GPS for a cross street that I hoped would take us to some historic gas street lights. 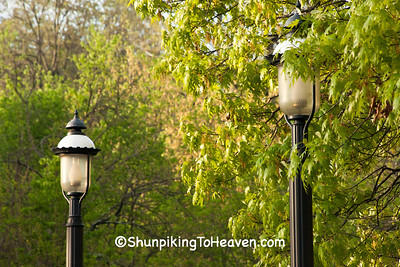 Luckily, the one location I had managed to find in my research turned out to be the center of the Clifton Gaslight District. Clifton was incorporated as a village in 1850. The Clifton farm, from which the village took its name, was 1200 acres of hills and dales. The city of Cincinnati annexed Clifton in 1893. If you’re like me, you probably thought that was more of a modern practice. Apparently, it’s been going on for far longer than I knew.

Cincinnati began to put in streetlights in 1837. In an 1875 inventory, 5,290 public gas lamps were counted, connected by 170 miles of mains and supply pipes.

Today, 1,109 are included in the National Register of Historic Places listing, spread throughout 13 of the city’s neighborhoods, as well as portions of Columbia and Sycamore townships. The oldest light in the inventory dates back to 1843.

The Ludlow Avenue business district of the Clifton neighborhood was designated as a “Main Street neighborhood” in the National Trust for Historic Preservation program. It is considered to be a walking neighborhood, since people living in the neighborhood can meet their needs locally for shopping and entertainment.

The neighborhood also has green spaces including Burnett Woods Park. At the edge of the woods, is a fountain sculpture created by Artist Matt Kotlkarczyk.

Even the drinking fountain in the Burnett Woods Park is historic with an old foot pedal. 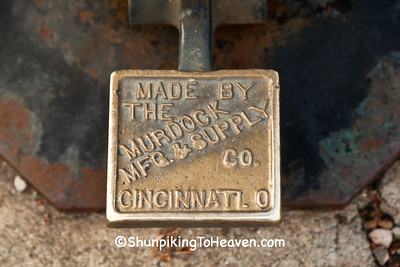 In doing more research for this blog, I found that a few other cities have maintained some of their historic gas streetlights, but Cincinnati is the only one I could find that has theirs listed on the National Register of Historic Places.

One of the more interesting facts I found was that some authentic gas street lights from Baltimore were bought for $.03 a pound and line the streets of Main Street U.S.A. at Disneyland. According to Wikipedia, Walt Disney said, “For those of us who remember the carefree time it recreates, Main Street will bring back happy memories. For younger visitors, it is an adventure in turning back the calendar to the days of their grandfather's youth." That’s what shunpiking does for us.