It’s just 3 days until Christmas, but looking out the door in southern Wisconsin, there is no hint of snow. We’ve had several snows, but after each one, warm weather returned and any snow we received has melted. 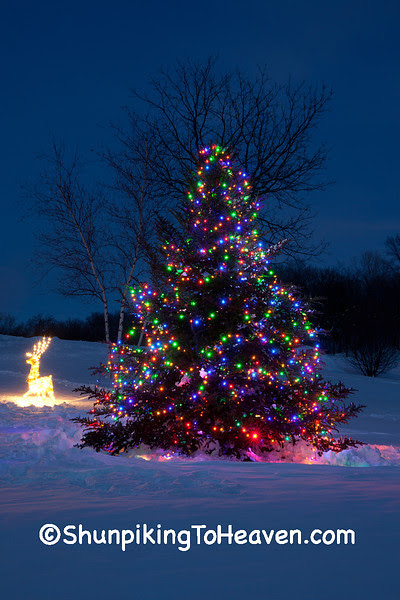 It’s a little easier to believe it’s almost Christmas if you go out at night and look at the Christmas lights around town. Many larger cities have a light display in a park that you can drive or walk through. They’ll usually have Christmas music playing to help bring on Christmas cheer. 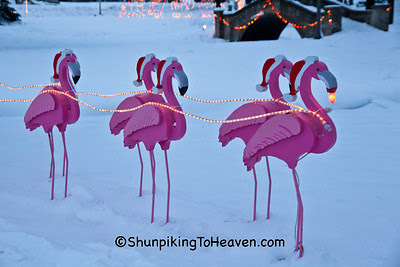 According to the weather forecast, there is little chance of a white Christmas in our area of the country, in fact, in most of the eastern United States. (Most people know I don’t put all that much faith in the weather people, but in this case, I fear they are correct.) 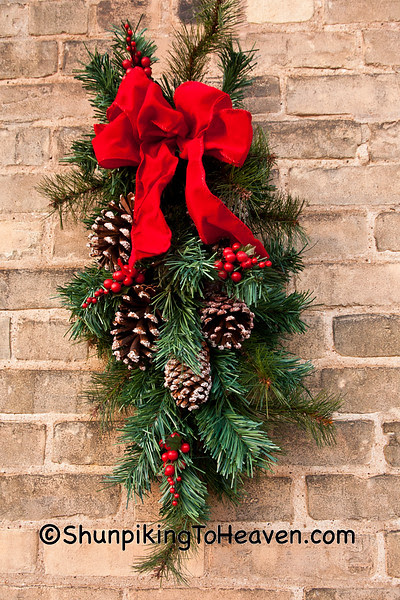 The good news is, any driving people will be doing will be over clear roads. The bad news for us is we probably won’t get many, if any, new Christmas photos this year. We’ll just keep adding to our list of places we want to go in a year when we do get Christmas snow. 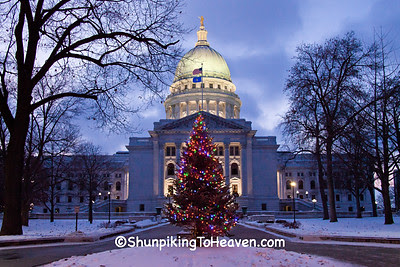 We’re sure to get some snow eventually, but for now, you can do other things to get into the Christmas spirit. Watch some favorite Christmas movies, listen to your favorite Christmas music, bake some of your family’s favorite cookies and candy, or get a group of friends together and go caroling in your neighborhood. 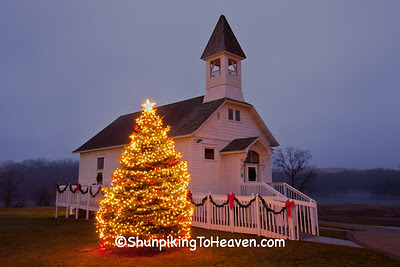 Whatever you do, we hope your Christmas is filled with joy and happiness, and that you spend time with family and friends.

The first Dairy Queen opened in Joliet, Illinois in 1940. The story really began 2 years earlier when an unnamed product was introduced with a 10-cent sale at a walk-in ice cream store in Kankakee, Illinois. Within 2 hours, 1600 servings of the new dessert had been sold. The soft serve ice cream product had been in testing by a father and son team in Green River, Illinois. 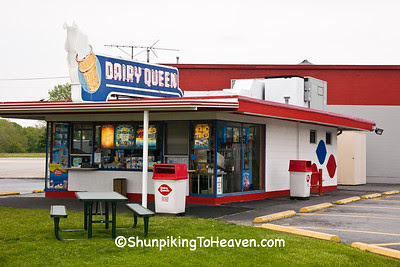 The older Dairy Queens were small walk-up buildings that were open seasonally. The original signs were horizontal neon featuring a neon cone. We haven’t visited many locations with this type of sign, but we hope to find more. 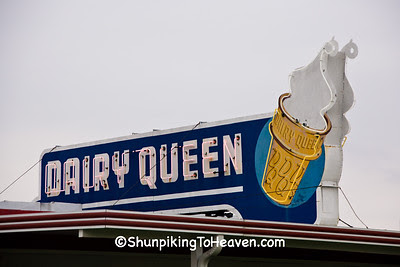 In the 1950’s the National Animated Sign Co. sold or donated a Curly the Clown sign to the Dairy Queen in Shelbyville, Indiana. They were making a pitch for Curly to become the national symbol of Dairy Queen. This never happened, and there are only a couple of clowns still in existence. We were lucky enough to find this sign on our way to Ohio in 2012. 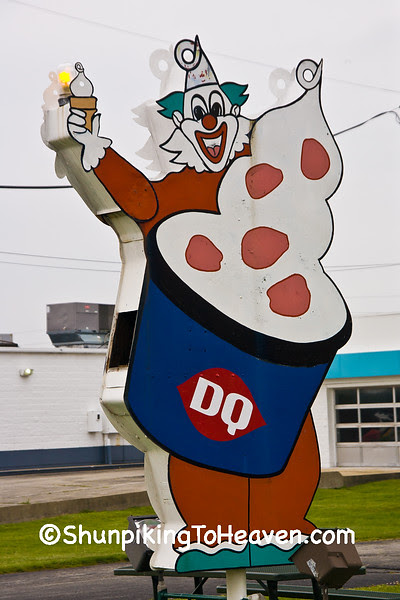 In the late 1950’s, the red ellipse Dairy Queen sign was adopted. We can still find this on many locations. 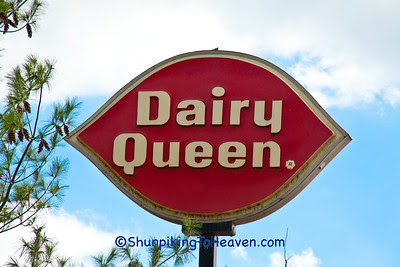 In Illinois we found a Dairy Queen in a building shaped a lot like a barn with a different version of the ellipse sign. It included a cone and a blue and white striped section of the sign. 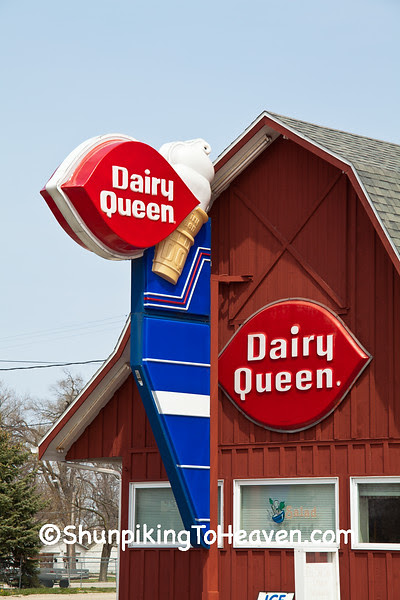 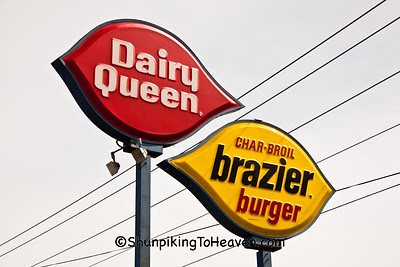 In the 60’s, Little Miss Dairy Queen was introduced. She was on top of the building and she was dressed as a Little Dutch Girl. She first appeared in Pennsylvania. Joann and I were lucky enough to find one on a Dairy Queen in northern Wisconsin. 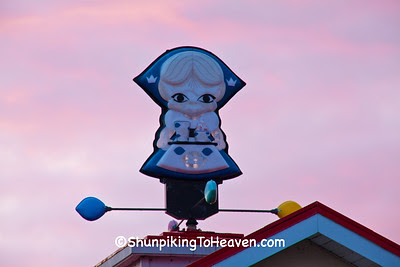 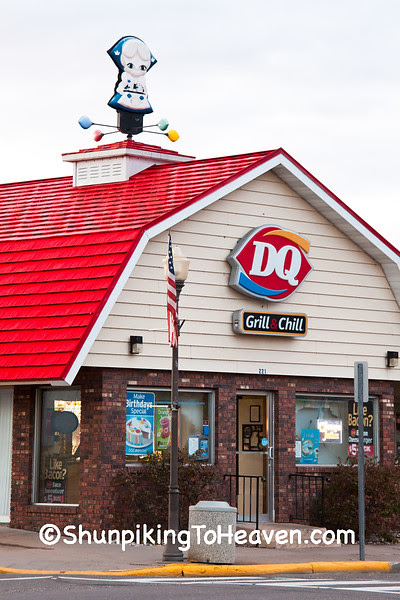 Dairy Queen has some unusual signs and some unusual building designs. Unlike some companies that require certain styles of buildings and old logos to be removed if the company redesigns their logo, Dairy Queen seems to allow individual stores to make that decision.

If you travel around your state or across the country, check out the local Dairy Queens and see what kind of old signs you can find.