From Bank to Library

In mid-May of this year, Ruth and I spent a Saturday afternoon photographing mostly in the Mount Horeb, Wisconsin area. We ended our afternoon of photographing in the small town of Hollandale, in Iowa County. Ruth wanted me to capture an old bank building that had been converted to the town library. 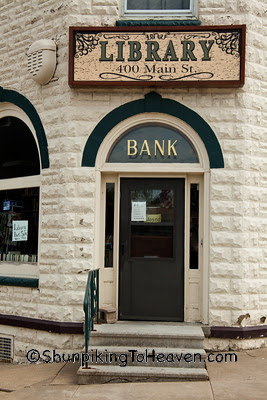 As I stood in the middle of the intersection with my camera on the tripod, a car pulled up and the following conversation took place between the driver and me.

Driver: “What are you taking a picture of?”

Joann: “What am I pointing my camera at?”

Driver: “The bank…only it’s not a bank anymore.” Joann: “Yeah, now it’s the library. I love that! And it’s got a burglar alarm.” 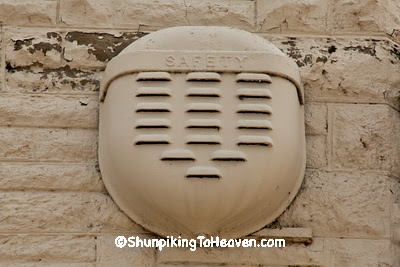 Joann: “I mean, how cool is that?! If anyone tries to steal a book, the whole town will know!”

And with that, the driver laughed and pulled away. 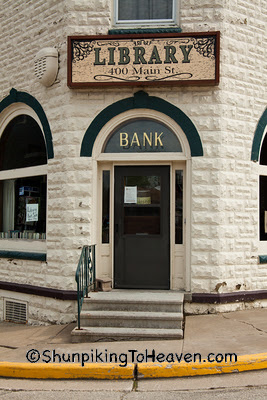 Today, June 14, is National Flag Day, and it is the final day of National Flag Week. It commemorates the day in 1777 when the United States approved the design of our first national flag. 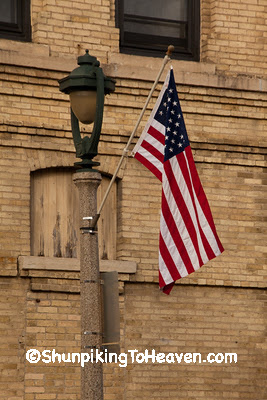 Flag Day has its roots in Wisconsin’s history. In 1885, 19-year-old Bernard J. Cigrand was a teacher in a one-room schoolhouse named Stony Hill School, in Waubeka, Wisconsin. 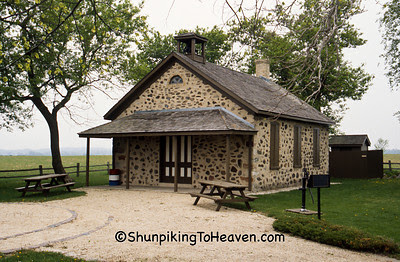 Mr. Cigrand asked his students to observe June 14 as our flag’s birthday. He then placed the U. S. flag in an inkwell and asked the students to write essays on what the flag meant to them. 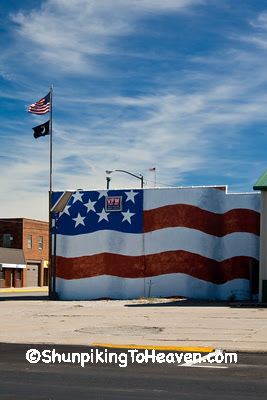 Later, Mr. Cigrand’s own essay was published in a Chicago newspaper. It urged Americans to celebrate our flag on June 14th. 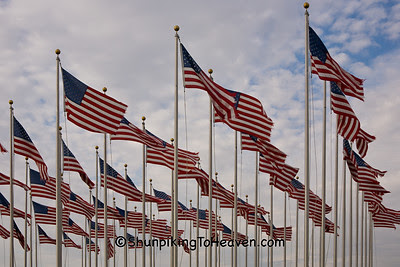 Mr. Cigrand continued his efforts and dedication to the U.S. flag for another three decades. Finally, in 1916, his efforts were rewarded when President Woodrow Wilson proclaimed June 14 as Flag Day.