A recent article in the Wisconsin State Journal reported that “thanks to the warm and notably wet weather in southern Wisconsin, there are a gazillion mushrooms out there right now.” 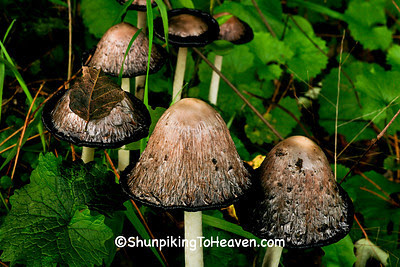 Hunting for and eating edible mushrooms can be a bit of a risky venture, unless you really know what you’re doing. Photographing mushrooms isn’t as risky, but it also carries some risks, such as ending up with your clothes full of stick-tights, coming into contact with poison ivy, or picking up a tick along the way. 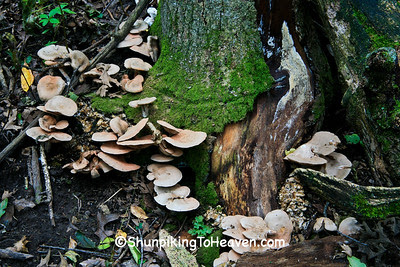 Mushrooms come in hundreds of different colors, shapes, and sizes. Some are easy to identify, while others take some detective work. I enjoy stumbling upon mushrooms that are very colorful, like the bright orange Jack O'Lantern mushrooms below that Ruth and I discovered in a park in Iowa when we stopped for a picnic lunch. I’m usually starving by the time we get a chance to stop for lunch, but I often get distracted before we even get from the car to the picnic table. 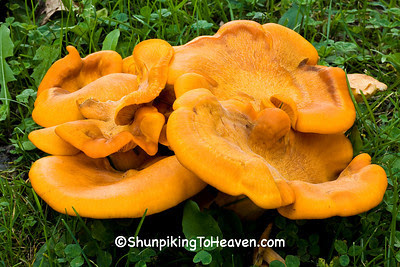 In addition to brightly colored mushrooms, I’m often entertained by the names given to some mushrooms. A few years ago, we stopped at a park in Vernon County, Wisconsin for a picnic lunch on a beautiful autumn day. On the way to the outhouse, I almost stepped on some mushrooms that were sticking up from the grass. As I was photographing them, Ruth pulled out one of the many field guides we carry with us and figured out that they were called Alcohol Inky Mushrooms. Since then, they’ve been one of my favorites. The Alcohol Inkies are members of the Inky Cap family. The Shaggy Mane Mushrooms shown below are also a part of this family. 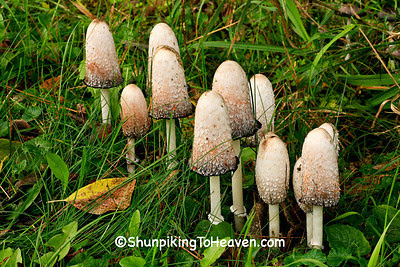 A real bonus is when the mushrooms have interesting names, along with bright colors. A couple years ago, while doing some volunteer field work for the Aldo Leopold Foundation, Ruth and I discovered some bright orange fungus growing on the side of a tree. We later determined that this interesting mushroom is called Chicken of the Woods. 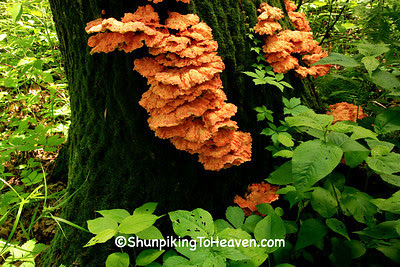 If you are tempted to hunt for edible mushrooms, please be very careful. Some of the mushrooms we have shown here are poisonous.

The best colors in nature, though, occur in the flowers we encounter on our backroads travels. Early in June this year, as we were on the last few stops of a volunteer birding activity in Green County, Wisconsin, we noticed some bright purple spiderwort on the side of the road. After completing the route, we went back so that I could capture this beautiful flower. 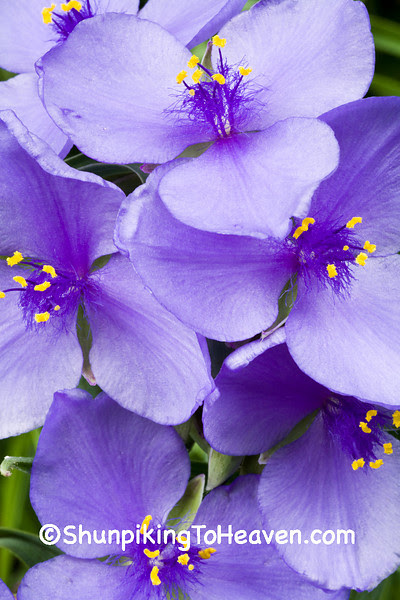 At the end of June, Ruth and I took a trip to northern Minnesota and were delighted to find lupine blooming everywhere along the roadsides. They were especially bountiful and colorful along Lake Superior’s North Shore Scenic Drive (Hwy 61). 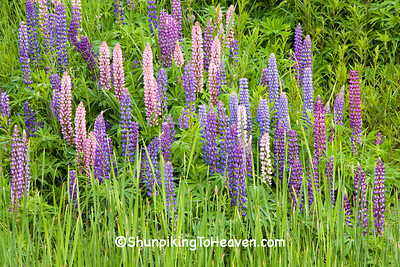 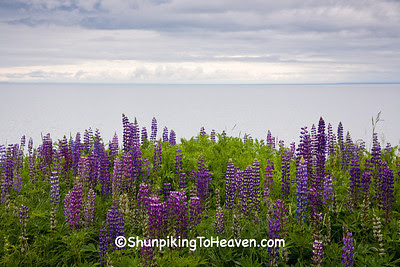 One other flower that we encountered in several different areas was the Ox-eye or common daisy. This flower is a favorite of my friend Desiree’s, so I was determined to capture a few shots for her. As we were hunting up an old house barn (where the house is attached to the barn), we discovered a big patch of daisies mixed with orange hawkweed. In spite of the fact that it was raining pretty steadily, I managed to capture a few good shots underneath my umbrella. This is also a good time of year to see the beautiful periwinkle blue or purple color of the chicory that is growing along the roadsides. 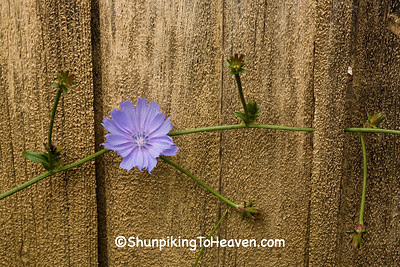 Just keep your eyes open as you travel and you’ll surely see some beautiful wildflowers along the way.