In early September of 2011, Joann and I took a rambling photography trip that had us heading east in the morning, and returning from the west in late afternoon. The last thing I had on my list for the day was an old cemetery on a backroad close to the highway home. All I knew was the name of the cemetery, so I took us down the road that I thought it was on. 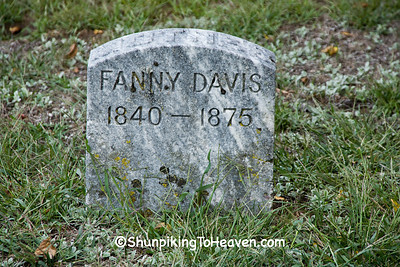 We didn’t find the cemetery I was looking for, but we did find a small pioneer cemetery with just a couple of gravestones. Even though it wasn’t the one on my list, we stopped to check it out.

After a few photographs in the cemetery, we started to head for home. As we drove toward the highway, we saw something on the side of the road that made both of us start laughing, so Joann turned the car around.

Sitting a little ways off the road was a large blackboard with a saying on it. Joann couldn’t resist taking a few photos. We wondered about the person writing the sayings on the board.

Driving home we decided that we should try to pass by whenever we ventured west to see how often the messages changed.

In early fall we headed west in the pre-dawn hours. It was too dark to stop at the blackboard, but we thought about it as we passed by on the highway, and we decided that we would try to get back from our two-day trip with enough light to photograph the sign on the way home. 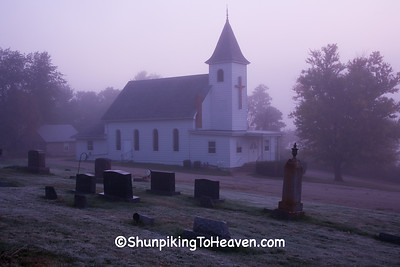 After a productive two days photographing near the Mississippi, we headed home, and we managed to make it to the sign before dark. A new message was waiting to greet us.

This fall was an unusual one, and after we thought the fall color was over, we noticed that there was a second wave of color on the hillsides. We decided another trip to the west was in order.

This time we didn’t go too far from home, but we did find some color. It’s always nice to find corn shocks in the fields around Amish farms. As we stopped to take photos, a dog came running over to say hello and to get a pet or two. 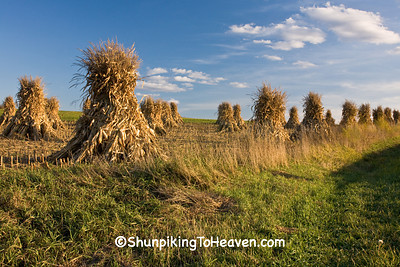 On the way home we visited the blackboard again to get a chuckle and a few photos. Since it was early enough, we tried to stop at the closest house to see if they could tell us the story of the blackboard and the sayings. No one answered the door. And no one answered at the house across the street either.

Then shortly before Thanksgiving, we wanted to pick up some extra winter squash and to take some to our youngest sister. Another trip near the sign was in order. This wasn’t much of a photography trip, but there are always things we can photograph even when we say that’s not our mission.

Plus, it was an excuse to visit the sign again to check for a new message. After all, we were close, and we aren’t ones to pass up an opportunity.

On our one winter trip this year, we stopped to photograph an old school not too far from Joann’s house. Somehow we had managed to drive by the school for years, but had never stopped for a winter picture. This time we finally stopped. 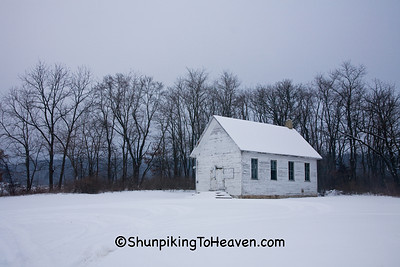 And we also planned our route to take us past the blackboard. We had wondered if the blackboard would be empty for the winter, but it had a new (to us anyway) message on it.

These blackboard messages brought back memories for me of writing a daily saying on the small blackboard that hung on the milk house door. Every morning before milking started, I would write a funny saying on the blackboard. I had to see if I could get a chuckle out of the hired men to start their day.

For now this philosopher is a mystery to us. We were lucky to stumble on the blackboard, and luckier still that it is along the way for many of our photography expeditions. Maybe in the future we’ll find someone home who knows the rest of the story.

Posted by Shunpiker at 8:06 PM