Just in the Nick of Time - Cobblestone Barn

In early January, 2007, Ruth had a phone conversation with our sister Peggy, who lives near Beloit, Wisconsin. Peggy asked Ruth if she knew about an old cobblestone barn that was situated in the city of Beloit. Ruth told Peggy she knew about the barn from her research into structures on the National Register of Historic Places. What Ruth didn’t know, until Peggy told her, was that there had been a couple of recent articles in the Beloit Daily News about plans for this historic barn to be demolished to allow for construction of a Walgreens store. We had seen cobblestone houses before, but never a cobblestone barn. 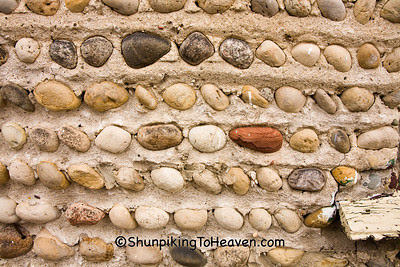 Ruth immediately called me and told me about the plans for the barn. She said Peggy thought the plans called for the barn to be demolished in a couple of months, so we had some time to get down there to photograph it. 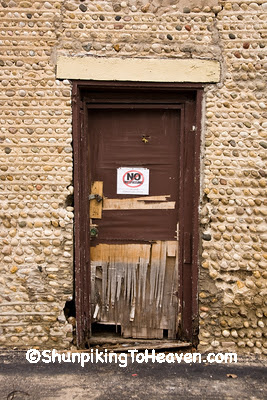 As Ruth talked about this unique and historical barn, I began to get a feeling in my gut that it was of the utmost importance to go right away.

Joann: “I think we should go this weekend.”

Ruth: “Are you sure you want to do that? It’s going to be mighty cold this weekend.”

Joann: “I just feel like we need to go right away.”

Ruth: “OK, it’s up to you. You’re the one who’s going to be standing out in the cold while I stay warm in the car.” 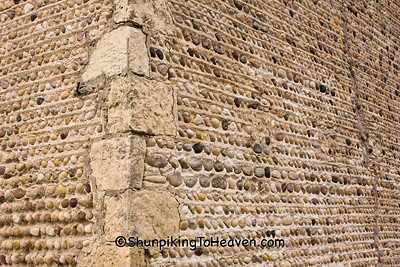 As soon as Saturday morning arrived, we got up early and headed to Beloit. And Ruth was right. It was darn cold outside! The barn was definitely in disrepair and, due to the RV business the owner had been running on the property, there were a lot of tires and other distractions around the barn. However, this was our only chance to record a piece of history before it disappeared forever. 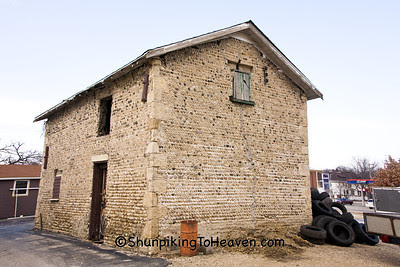 In 1846, Captain Thomas Power, a former British Navy officer, and his wife, commissioned cobblestone house builder Chester Clark to construct a cobblestone house and barn. The barn was completed in 1849. Captain Power died in 1851 and the house was razed in the early 1900s. The cobblestone barn remained standing and had several owners over the years. Cobblestones are small round stones left by the glaciers. They are typically imbedded in mortar in horizontal rows. According to the Wisconsin Historical Society, “Cobblestone buildings were constructed in Wisconsin for approximately thirty years, beginning in the 1840s, with most found in Racine, Rock, Walworth, and Waukesha counties.” 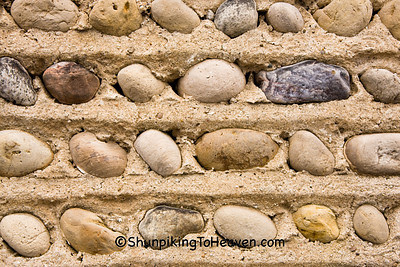 A few days after we captured the images of this beautiful piece of architecture, the barn was suddenly demolished. Had we waited even one more week, we would have missed this opportunity. I am grateful that I listened to my intuition and that we took our photos just in the nick of time.