There Once Was a Town

Shortly before 5:00 AM on the morning of October 6 of this year, Joann and I left her house to drive an hour and a half north on our second trip of the fall season. We were on our way to our “first light” stop.

It was a cold morning, and we arrived while it was still too dark to start photographing -- so dark, in fact, that Joann waited for a few minutes in the car until it just began to get light. Then she pulled on her gloves and winter scarf to block the wind, got out her equipment, and began photographing. We were at a small crossroads that once was the town of Orange Mill. All that remains now is an old grist mill, a schoolhouse, and several houses. 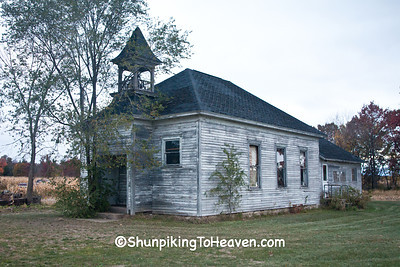 Our first visit to this little crossroads was in the fall of 2001 after I discovered it on a list of mills that had been standing in the 1970’s. There have been many mills from that list that we tried to find and couldn’t, so imagine our surprise on our first visit when we discovered that the mill was still standing. And, as a bonus, the old one-room school stood across the street with its outhouses back in the shrubs. The township of Orange was organized in 1857. The first settlers were immigrants from Northern Ireland. Within the township, the first school and church were located at Orange Mill. Orange Mill was built along the railroad, but when the railroad chose nearby Camp Douglas Junction for its stop, Orange Mill started to decline. By the 1950’s, all that was left was the grist mill, the Orange Mill School-District 1, and an old general store. 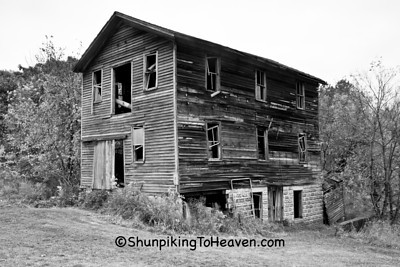 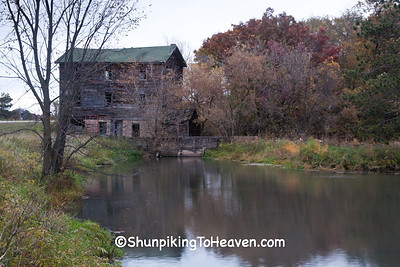 The mill was built about two miles away from the Little Lemonweir River, so a canal was dug from the river to the mill. The canal was lined with rock walls to keep the banks from caving in. The mill was also unique for the Midwest in that it had an underslung waterwheel. The waterwheel was mounted lying down under the mill. A gate was opened to let water in from the canal, which drove the wheel. The water then left through the foundation and back to the canal. 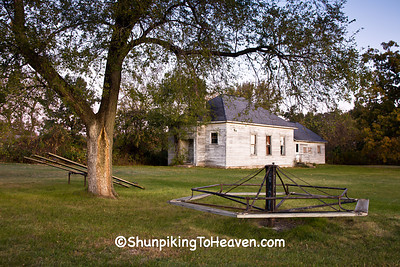 We’ve continued to stop at the school and mill whenever we’re passing by and we have time to stop. Today the mill stands in a very dilapidated state. With every visit, the mill looks a little worse for the years of Wisconsin weather it has endured. 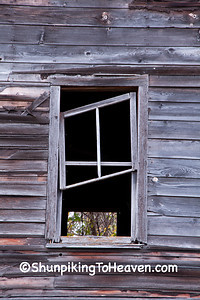 We’ll continue to visit until the mill and school are gone. Every time we leave the highway and head towards Orange Mill, we wonder if this will be the time that the buildings are no longer there.

After the buildings are gone, we’ll remember, there once was a town.