In April of this year during our trip to Ohio, Joann and I visited the Ponn Humpback Covered Bridge. 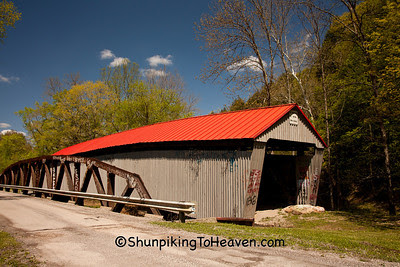 It was built in 1874 and was one of two remaining humpback bridges in the United States. Humpback refers to a distinct “hump” in the middle of the bridge. It was the longest and most visited covered bridge in Vinton County. 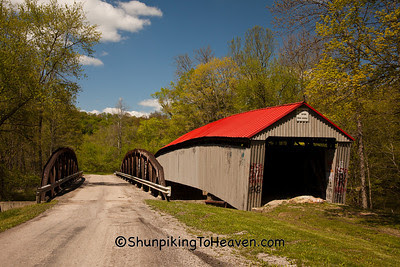 As we approached the bridge, we were dismayed to see all of the painted graffiti and wondered out loud why people can’t find something constructive to do with their time. 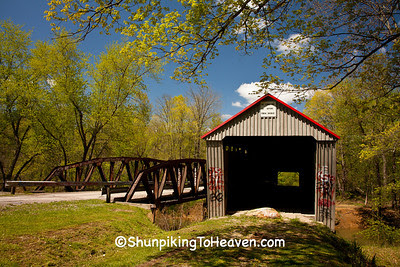 The bridge had been bypassed by an old pony truss iron bridge and was no longer open to automobile traffic, but was still open to foot traffic. 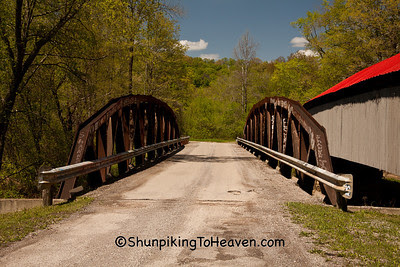 We found ourselves nowhere near a park and since it was past lunchtime, we decided to just stand by the cooler at the back of the car and eat our quick picnic lunch. 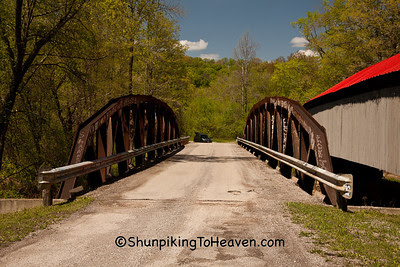 Sadly, in the overnight hours of June 5, 2013, the historic Ponn Humpback covered bridge was destroyed by fire. The bridge was a total loss. 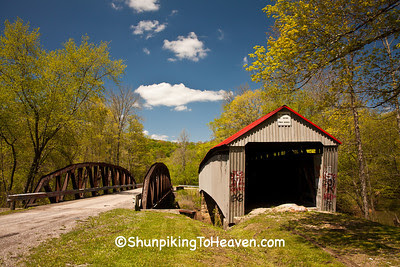 Covered bridges have a long history. Just like the answer to the question, “Why are most barns painted red?” there are multiple explanations for why bridges were covered. One is that the cover was to protect the wood from the elements while another was to shield the horse’s eyes from the water passing underneath. It was also a place where, in the old days, a boy could steal a kiss from his girl without others seeing them. 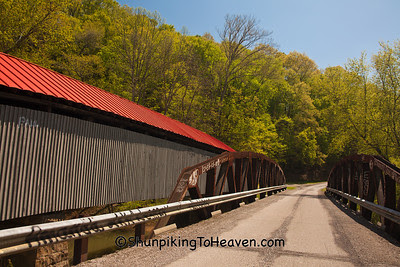 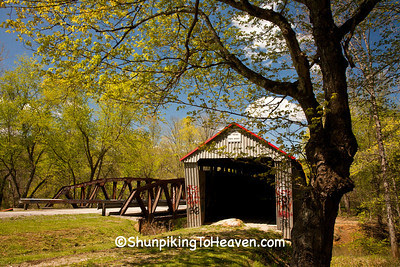 So, rest in peace Humpback Bridge, we’re so glad we got to know you! Whenever you’re near an old covered bridge, check it out. You never know what might happen tomorrow.