In early May of this year, on our last day of vacation, we were heading home through Indiana. Like on every trip, I tried to plan a different route to and from our destination. This trip took us near the town of Pendleton, Indiana. 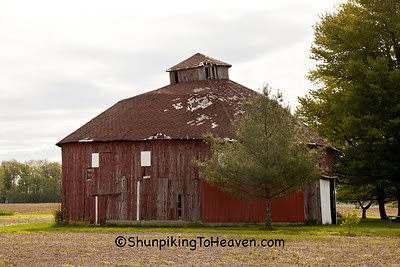 Sometimes I hunt things up through my research and make note of them, but I’m not certain we’ll want to visit them. When I mentioned the site of the Fall Creek Massacre to Joann, she said we should see if we could find it.

It was the hanging site of the men convicted of the massacre of several Native Americans at Fall Creek. Now it is marked with a stone inscribed with the words “Three white men were hung here in 1825 for killing Indians.” 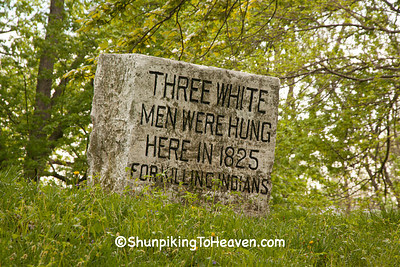 Madison County, Indiana was founded in 1823 and was sparsely populated. Sometime during the winter of 1823-1824, a small band of Indians of unknown tribal origin, came to the area to hunt and collect maple syrup. The townspeople were friendly with the Indians.

Thomas Harper was not a local man, and had drifted into the area in early 1824. He had a hatred of Indians and was vocal around town about finding some Indians to kill. 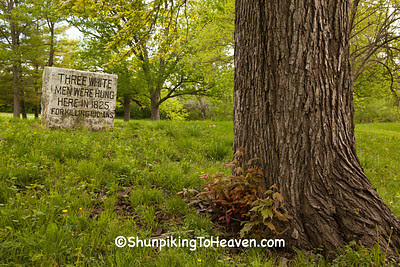 On March 22, 1824, a group of white men led by Thomas Harper and including two of his relatives, the 18 year-old-son of one of the relatives and another teenage boy, approached the small band of Indians. Using lost horses as a ruse, they asked the Indians to help them track their horses. Two of the Indians agreed and went with the men to look for the horses. 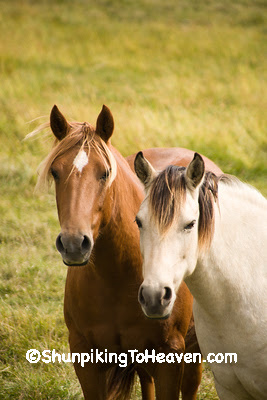 Once they were in the woods, Harper and Hudson fell behind and shot the Indians in the back. Then they returned to camp and murdered the women and children. One male Indian was injured and survived.

The next day, the massacre was discovered by a local farmer. At the same time, the men were bragging around town about murdering the Indians. All except Thomas Harper were soon captured. He had taken the loot stolen from the Indian camp and fled. 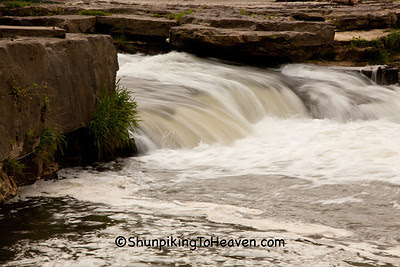 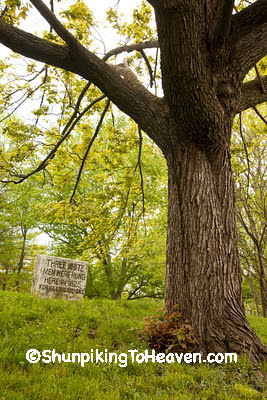 On June 3, 1825, the last three were scheduled to be hung. A large crowd including some Indians had gathered to watch. The men were hung first, and then the 18-year-old boy was led to the gallows. As he stood there with a noose around his neck and a hood over his head, the governor of Indiana stepped forward and announced his pardon. The petition for his pardon stated his age, ignorance, and the manner in which he had been led into the murders. 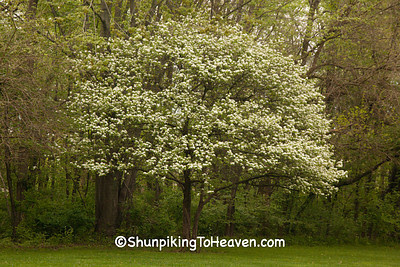 Even though this was a sad situation, it did set a precedent for recognizing the civil rights of Native Americans. As Joann and I visit many historic sites, we often comment that it would have been nice to live in that time and see the buildings and sites in their heyday. But then we come across things such as this, and we know that we wouldn’t want to have been around for this sort of occurrence. 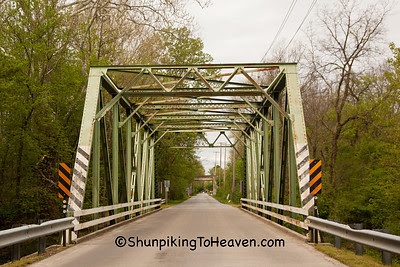 We are grateful to a local couple who jogged across the above bridge that morning and were kind enough to help us figure out where to find the Fall Creek Massacre memorial stone.

Posted by Shunpiker at 8:22 PM