Joann and I have seen three wooden crosses on hillsides near home for years, but we never thought to take a photo until we started to see them during our travels. 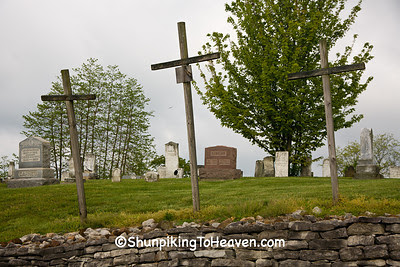 If you travel around the country at all, you may have seen three wooden crosses along the road, in a churchyard or at a cemetery. 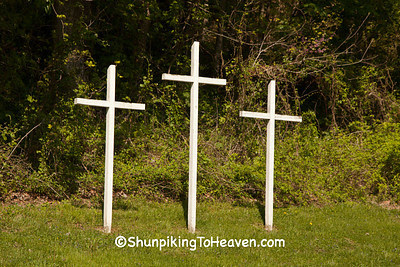 Then we came across a set of crosses that were colored, with the center cross being a gold color and the two smaller crosses a light blue. Research shows many sets of crosses like these were put up or inspired by one man.

Bernard Coffindaffer was born in West Virginia and by the age of ten was an orphan. He graduated high school at the age of fourteen and served in the U.S. marines in the Pacific and was wounded at Iwo Jima.

He worked in the oil business and later had a coal washing business in the mountains of West Virginia where he earned a small fortune. He became a Christian at the age of forty-two and eventually became a self-proclaimed Methodist minister serving seven small churches in Pocahontas County, West Virginia. 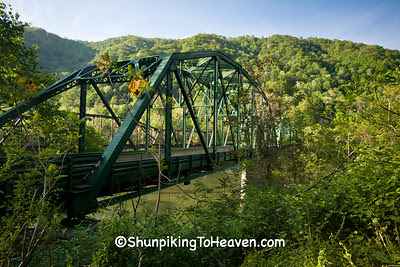 In 1982 he underwent heart by-pass surgery after which he liquidated his business. Two years later while napping, he had a vision. He said it was “a genuine, marvelous, glorious vision. The Holy Spirit instructed, blessed, dealt with me and told me how to go about installing these crosses. It was an experience you have once in a lifetime.” 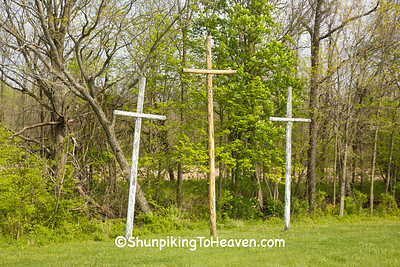 During the final nine years of his life, he oversaw the installation of 1,864 sets of crosses. The crosses were made from California Douglas Fir. The center cross was painted gold and the smaller crosses on either side were painted a light blue. The crosses symbolize Christ on the Cross flanked by the two thieves that were crucified with Him. 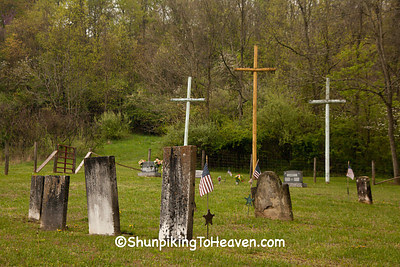 Their mission is to preserve, maintain and construct roadside crosses across America with a goal of having a new cluster of crosses every fifty miles along the highways and byways of North America. 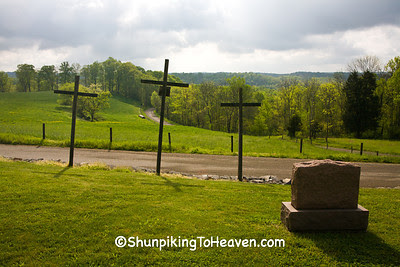 We enjoy finding the crosses whether they are put up and maintained by a church or the ones put up or inspired by Mr. Coffindaffer and hope we find many more in our travels around the country!

Happy Easter and as always Happy Shunpiking!
Ruth
Posted by Shunpiker at 9:05 AM