In the spring of 2012, as Joann and I were leaving the historic river town of Ripley, Ohio, I asked Joann if she would be interested in hunting up the grave of someone famous. She asked who, and I replied, “Aunt Jemima!” She laughed and said, “Yes, if we’re close, we should definitely check it out.” 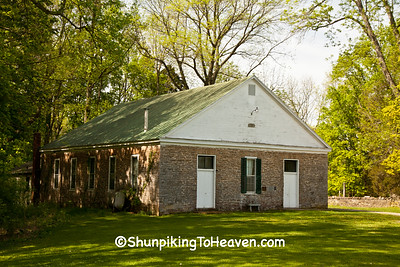 We navigated to the historic Red Oak Presbyterian Church and cemetery, although, at first we thought we couldn’t be on the right road. We seemed to be driving past too many houses, but just past the last house, the cemetery appeared, and behind it, the historic church and the old cemetery. 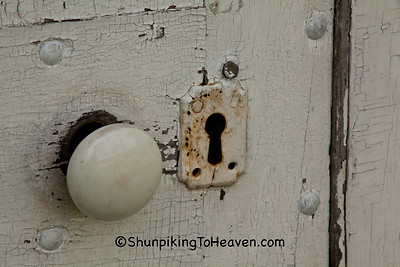 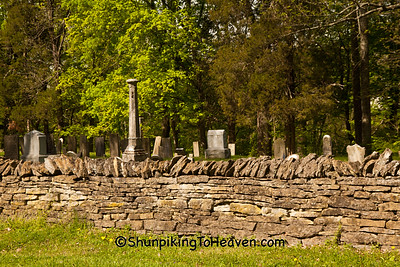 Red Oak Presbyterian Church has been in existence since 1798 and the current stone building was built in 1817 after the first two log buildings burned. In 2011, the church had 19 active members. 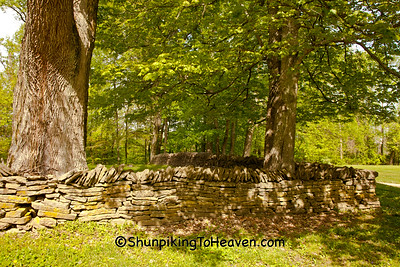 The pioneer cemetery adjoining the church is surrounded by a stacked-stone wall which was built in 1815. Originally, the wall had no opening and it is believed that the only way into the cemetery was to climb the three-foot wall. An opening was made in the wall around 1980. 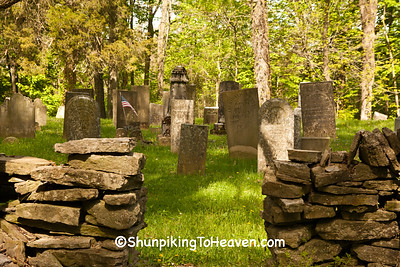 Joann took her equipment and headed to the old church and cemetery, and I walked around the new cemetery looking for the gravestone of Aunt Jemima.

In the old cemetery, Joann found several headstones of veterans of the Revolutionary War. I don’t have a listing of those buried in Ohio, but they are much more common as you travel east than they are here in Wisconsin.

I did find the gravestones for Aunt Jemima in the new cemetery. Born Rosa Washington Riles in 1901, she is one of the most famous members of the church. She left Red Oak in her mid-30s to work for an executive of the Quaker Oats Company as a cook. After the death of Nancy Green, the original Aunt Jemima, she was asked by her employer to begin traveling dressed as Aunt Jemima to do cooking demonstrations with their self-rising pancake mix.

During the depression, Quaker Oats had advertised for several dozen black women to travel the country doing these cooking demonstrations. Rosa is remembered as Ohio’s Aunt Jemima, but she is not on the official Quaker Oats listing of women who portrayed Aunt Jemima. 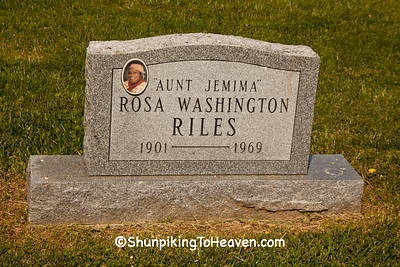 Rosa died in 1969 and is buried in the new Red Oak cemetery beside her husband, parents, and daughter. For years her grave was marked with an “Aunt Jemima” sign hanging from simple pipes. The church held pancake breakfasts for years and raised the money to have a second gravestone with the words “Aunt Jemima” on it.

If you like to visit old cemeteries as we do, see if you can find anyone famous.

Posted by Shunpiker at 3:40 AM