October is National Apple Month, so I’d like to use this post to honor John Chapman, an American folk hero better known as Johnny Appleseed. John Chapman was born in 1774 in Massachusetts. His father was a Minuteman who fought in the Revolutionary War. John began working with apple trees at the age of thirteen when he was an apprentice to an orchardist.

When John reached adulthood, he headed west, along with a great number of New England farmers who were seeking a better life. He successfully predicted where settlers would head next and began planting apple nurseries ahead of their arrival. 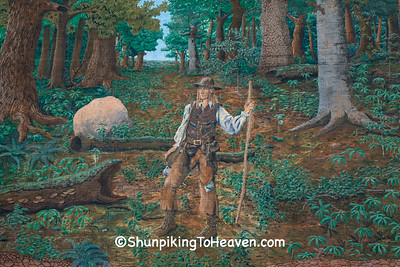 There are several myths that developed over the years about Johnny Appleseed. Legend says that he scattered seeds for orchards across the frontier. Instead, he planted nurseries, which sold seeds and saplings. And the apple industry would have us believe that John brought delicious, wholesome apples, like the kind we enjoy today, to the pioneers. Instead, John’s apples were the kind used to make hard cider, an alcoholic drink. 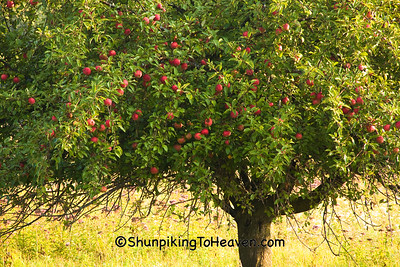 John was a missionary for the Swedenborgian religion, a Christian denomination that draws its faith from the Bible as interpreted by the teachings of Emanuel Swedenborg, a Swedish Lutheran theologian and philosopher. He carried a bible and often greeted people with the words, “I have good news from heaven!”

John’s first apple tree nurseries were established in the Allegheny Valley of Pennsylvania around 1798. He planted his next nurseries on his way west to Ohio. Later, he would establish nurseries in Indiana and Illinois. There are memorials and monuments across these states in honor of Johnny Appleseed.

John sold trees for 3 cents if planted by the buyer and 6.5 cents if he planted them for the buyer. He was generous, sometimes telling people, “pay me when you can.” Johnny Appleseed dressed in rags, slept out under the stars, and showed a great love and respect for animals and nature. He never had a wife or children. He died around 1845 and his gravesite is located a few miles north of Fort Wayne, Indiana at Johnny Appleseed Memorial Park.

Posted by Shunpiker at 2:47 PM