Memorial Day - A Day to Remember

Monday, May 30, 2011 is Memorial Day – a day to honor the men and women who served in the American military and died for our freedom. 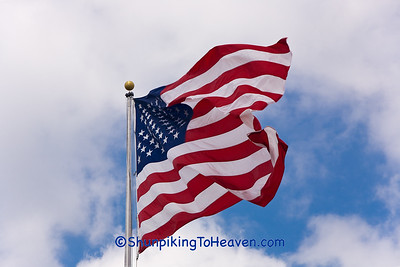 Originally called Decoration Day, Memorial Day was first observed on May 30, 1868, as a result of a proclamation by General John A. Logan of the Grand Army of the Republic (a fraternal organization of Union Civil War veterans). This first national celebration was held to honor the Civil War dead.

General James Garfield, who fought for the Union and who would later become our 20th U.S. President, gave a speech at Arlington National Cemetery. Following his speech, 5,000 ceremony participants decorated the graves of more than 20,000 Union and Confederate soldiers who were buried at Arlington.

By the late 1800s, many communities around the nation had begun to observe Memorial Day. After World War I ended in 1919, Memorial Day celebrations began honoring those who died in all of America’s wars. In 1971, Memorial Day was declared a national holiday and it is now celebrated each year on the last Monday in May.

Every year, the celebration continues at Arlington National Cemetery with this year marking the 143rd observance there. This year’s patriotic ceremonies at Arlington include an Armed Forces Full Honor Wreath-laying ceremony at the Tomb of the Unknowns, followed by a remembrance ceremony, hosted by the Department of Defense. 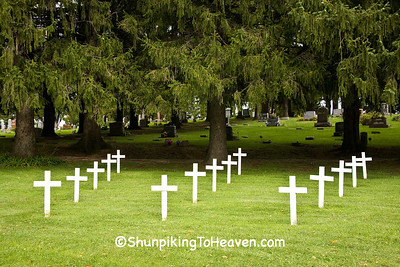 Two years ago, Ruth and I decided to go photographing on Memorial Day and we stopped at many local cemeteries to visit and photograph the gravestones of U.S. soldiers who had died in various wars. At a small cemetery near Mineral Point, shortly after I finished photographing the gravestone of a Civil War veteran, a bus pulled up with several uniformed veterans. We stood in silence as they lined up, played Taps, performed a 21-gun salute, and raised the American flag.

In recent years, many Americans have forgotten the true meaning of Memorial Day. On May 2, 2001, President Bill Clinton established the National Moment of Remembrance program asking all Americans to observe a moment of remembrance and respect at 3 p.m. local time on Memorial Day. Please remember those who have died in service to our country.

In 1915, during World War I, the following poem was written by Lieutenant Colonel John McCrae, a medical doctor who was serving in the Canadian Army. “In Flanders Field” has become one of the most famous and memorable war poems ever written.

In Flanders fields the poppies blow
Between the crosses, row on row
That mark our place; and in the sky
The larks, still bravely singing, fly
Scarce heard amid the guns below.

We are the Dead. Short days ago
We lived, felt dawn, saw sunset glow,
Loved and were loved, and now we lie
In Flanders fields.

Take up our quarrel with the foe:
To you from failing hands we throw
The torch; be yours to hold it high.
If ye break faith with us who die
We shall not sleep, though poppies grow
In Flanders fields.

Have a good Memorial Day!
Joann

Posted by Shunpiker at 9:42 PM