Growing up on a farm involves a lot of hard work. But we found the best part was the games we played when we had some free time. Joann previously told of our Moonlight Starlight game (see her post from October 28, 2009) that we played for hours all summer long.

Another game we played often was ”Annie Annie Over,” which involved a ball, some kids, and a shed. This was a game that had to be played before it got dark. 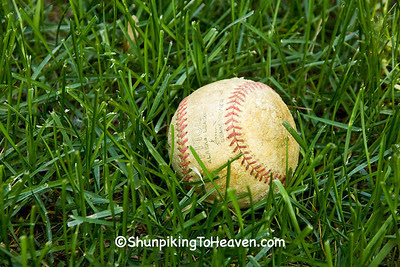 The kids available were divided into two teams and each went to one side of the shed. One person on the team with the ball would yell “Annie Annie Over!” and try to throw the ball over the roof of the shed. If the ball didn’t make it over, they would yell “Pigtails!” and then they would get the ball and try again. 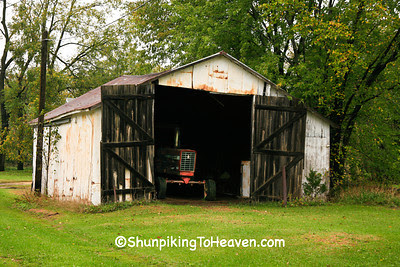 The shed we played over was a machine shed with large doors on one side that opened to pull machinery inside. One day while playing the game, Joann and I were on the front side throwing the ball and our older siblings, Phyllis and David, were on the other side catching. Joann and I were younger, so we had a lot of “pigtails.”

The big doors of the shed were open, and David decided to sneak up and peak through the boards to see which way we were going to run around the shed. With him cheating like that, we didn’t stand a chance. 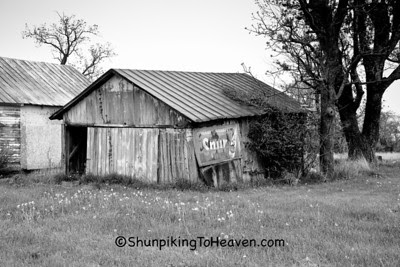 Farm kids are great at playing with what is available, so occasionally when dad had a wagon taken down to just the frame, we would use it as a group ride. It would take the whole pack of us, but we would push it up to the top of the driveway. Then we would all try to hold it there while David got the heavy hitch pulled up so he could steer. The hitch was very heavy and cumbersome, but when he was ready, he’d yell and everyone would hop on and he would steer us down the driveway.

On one such occasion, our cousin Danny was over. After riding down the driveway with David steering several times, he started to beg to steer. Finally David let him have a chance. 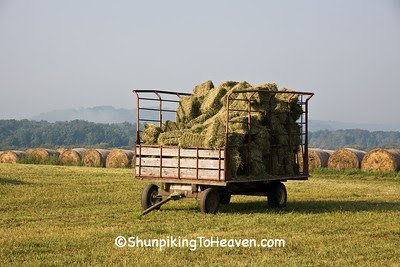 As we came down the driveway to the corner, Danny realized that he couldn’t turn the wagon, and David couldn’t help him in time. We ended up careening off of the driveway and right into the shed.

Because that poor old shed was wood and the frame of the wagon was steel, we broke one of the boards of the shed. Dad was not happy with us, and I don’t remember us riding on the wagon for fun after that. 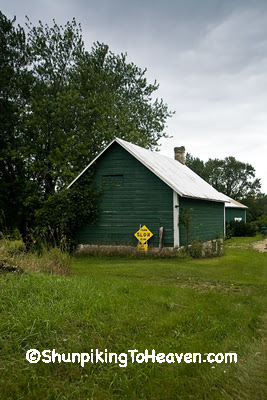 When you’re out shunpiking and you drive past old farm buildings, imagine those buildings full of life with kids playing around them and inside of them. When we drive past the old buildings, we’re always sure that’s what the buildings are remembering.