Two years ago, on September 22 at 6:30 a.m., Ruth and I started our day photographing in a cemetery in Richland County, Wisconsin. We photographed our way to the apple orchards in Crawford County, spending several hours in the area. As the afternoon waned, we wandered back through Richland County. Around 6:30 p.m., we found ourselves near one of our favorite rock formations called Steamboat Rock. 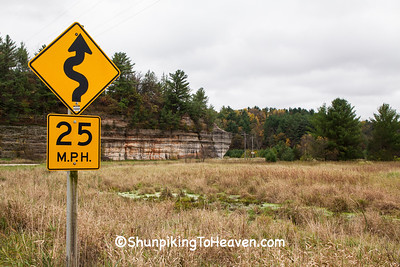 We’ve visited Steamboat Rock many times over the years and it never disappoints. For years, there’s been an old abandoned spring house at the base of the rock. It always amazes and delights me to find that it’s still there. However, on a visit there a week ago, it was obvious that it may not be there much longer.

And on another autumn visit over 10 years ago, we discovered upon a close study of the beautiful patterns in the rock, that there was a hornet’s nest camouflaged among the patterns.

We never visit without taking a few photos, so on this autumn day, we drove down the county road that goes past Steamboat Rock and turned off on Steamboat Hollow Road, which was a safer place to park the car for a few minutes. It was a beautiful, warm autumn evening and a peaceful country quiet surrounded us. 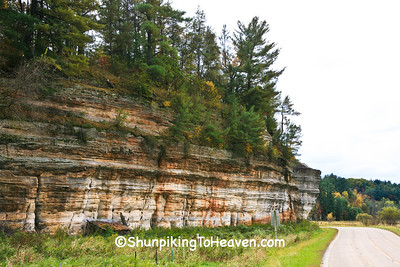 As I stood in the road with my camera on the tripod and pointed toward the rock, an old convertible slowly approached. There was an older gentleman driving the car and a young girl on the passenger side, and both of them were thoroughly enjoying the ride. We waved at each other….a sort of acknowledging wave that said, “What a gift it is to drive through the countryside and enjoy the scenery!”

After I finished taking a few photographs, there was still a little daylight left, so we decided to go check on the remains of the old Bowen’s Mill, which is a short distance from Steamboat Rock. Our first visit to this mill was in 1998. Ten years later, on an autumn 2008 visit, it still looked the same. 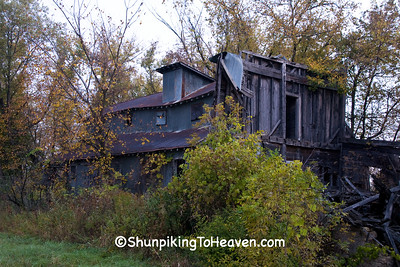 Bowen’s Mill was built as a flour mill in 1867 on the Pine River. People from the surrounding counties brought their wheat to Bowen’s Mill for grinding into flour. Four generations of the Bowen family owned and operated this mill, which became a feed mill in later years. 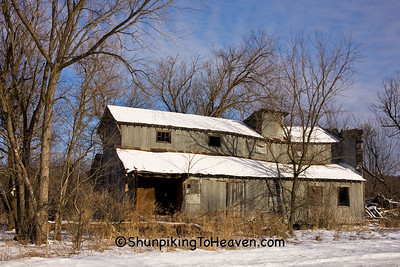 And now, it was another seven years later and, other than the landscape being overtaken by trees and shrubs, it still looked the same. We keep expecting to find a pile of rubble whenever we make a return visit, but the old mill continues to stand the test of time. 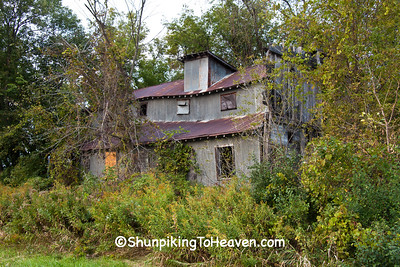 As I stood there with my tripod and camera, admiring the strength and determination of this old building that was close to 150 years old, I noticed the convertible that I had seen by Steamboat Rock coming toward me. The driver stopped the car in the middle of this quiet country road and said, “Are you the same person who was over by Steamboat Rock a few minutes ago?" “That I am!” I responded. “You’re everywhere!” he exclaimed. “As are you,” I replied. 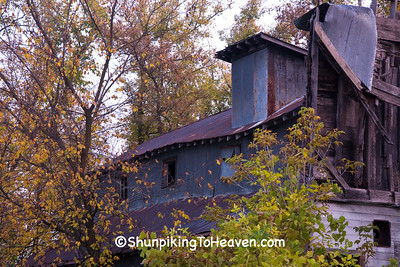 We both laughed, and then he told me that he was sharing his joy of the open road (and his open car) with his granddaughter. I bid them farewell, and Ruth and I headed for home.

In case you’re wondering if Bowen’s Mill actually made it to 150 years, it did! Ruth and I checked on it a week ago, and it’s still going strong.